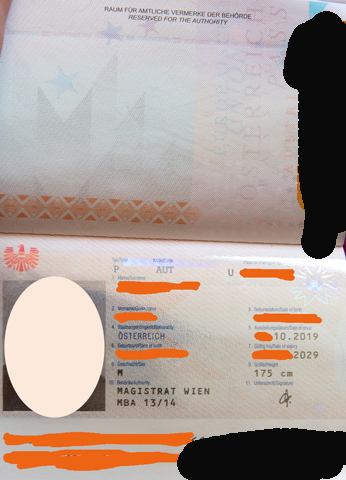 What right do representatives of Austrian authorities have to provoke panic, to terrorize and to stir up fear in Austrian civil society?

A question addressed to Federal Chancellor Sebastian Kurz: How high is the budget for your press conferences in connection with Corona measures, thus for intimidating people and spreading panic?

– He said: My country is no longer safe – the politicians want to kill the sick  and elderly people and vaccinate them with toxins in order to realize their political interests towards the European Union and other powerful countries in the world.

He added: “The European Union is committed to regional and international action aimed at changing the way of life and the whole system of the country.”

For this reason they sacrifice the vulnerable class of the sick and the elderly for their political interests. Today began a new era in which the elderly and the sick are given injections that I believe are toxic. When the sick and the elderly die, it will be said that they died of their illness and not of complications from vaccination, from toxins. That cannot be accepted! I don’t want to be vaccinated and I want to leave my hometown because I am weak and afraid that they will inject me with a toxic vaccine.

I believe that the vaccination that began today will kill the vulnerable group that is not defended by one voice against the wolves of politics. There is a policy of disinformation, lies, intimidation and intellectual terrorism here, then policies are passed and a fait accomplish is forced upon the people. I don’t want to live in Austria, please help me get to the US embassy.

After a long conversation with the Austrian, who was frustrated, apprehensive and apprehensive about his country’s politics, I managed to persuade him to wait some time, as the vaccination was not mandatory, and that I would help him at the right time if necessary will. In any case, I will respect the opinion of this Austrian citizen and forward it to the American embassy if vaccination should become mandatory.

And then, instead of just escorting this sick citizen to the American embassy, ​​I will invite a number of journalists to photograph the event and convey the whole tragedy – it is time the government respected people’s opinions and politics the intimidation, fear and terrorism  of the media.

The corona crisis revealed several features of European policy in the new standards of the Union, which aim to buy time to replace the recognized European constitutional system with a new one in accordance with the European international agendas.

People fell victim to this.

The citizen of Europe has fallen victim to changes on various social, economic, health and psychological levels. The measures of political manipulation, including restrictions on freedom of movement, work and in general, the ordinances and regulations based on the laws regarding the Covid 19 epidemic have had a negative effect on the well-being of the citizens, they have led to a state of surrender, desperation , Frustration, yes the spread of panic.
The population has turned into slaves of state measures which have recently been accelerated and which have made it clear that the government is sticking to the decisions of the European Union made from above.