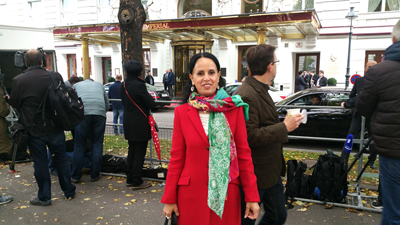 The Quartet expresses grave concern over the continuing escalation of tensions between Israelis and Palestinians. The Quartet condemns all acts of terror and violence against civilians.

Underscoring the urgent need to restore calm the Quartet reiterates its call for maximum restraint and avoidance of provocative rhetoric and actions.

It encourages Israel to work together with Jordan to uphold the status quo at the holy sites in Jerusalem in both word and practice, recognizing the special role of Jordan as per its peace treaty with Israel.

Recalling its previous statements and relevant UN Security Council resolutions and recognizing that security measures alone cannot stop the cycle of violence, the Quartet calls for significant steps to be taken, consistent with the transition contemplated by prior agreements, in order to restore confidence and hope in the viability of a negotiated two-state solution that resolves the final status issues, including that of Jerusalem, and ends the occupation that began in 1967. 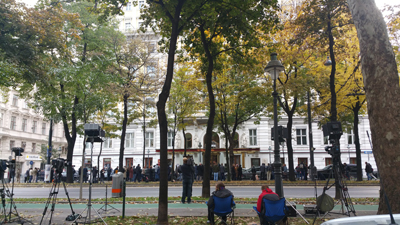 The Quartet reaffirms its strong commitment to act in coordination with regional and international stakeholders in an effort to stabilize the situation and to assure and actively support a just, comprehensive and lasting settlement of the Palestinian-Israeli conflict.

The Quartet Envoys will travel to the region in the coming period and engage directly with the parties to encourage them to take concrete actions, consistent with prior agreements that demonstrate their genuine commitment to pursuing a two-state solution. The Quartet appreciates the willingness of the parties to cooperate with the Envoys in good faith.