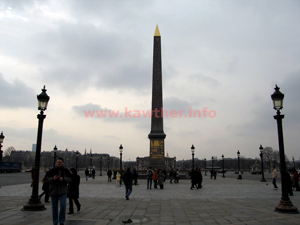 AP – The Paris prosecutors’ office says three Al-Jazeera journalists have been arrested for illegally flying a drone over the French capital.

It said the three foreign nationals aged 70, 54 and 36 were taken into custody Wednesday afternoon after police spotted the drone flying in the Bois de Boulogne woods in western Paris.

They can be held for a maximum of 24 hours under French law. Flying drones without a license in France is illegal and carries a maximum one-year prison sentence and a €75,000 ($85,000) fine.

Police sighted one or more drones in five instances buzzing in the Paris sky in the night of Tuesday to Wednesday — from 11.30 p.m. to 2 a.m. An inquiry was launched after drones, which are banned over Paris, were spotted Monday night.

Paris prosecutors’ spokeswoman Agnes Thibault-Lecuivre says an unidentified flying object was first seen near the Gare de l’Est train station Tuesday night, with sightings continuing over the Paris Opera, then on to the Tuileries gardens, past the Eiffel Tower and then south past Paris’ Montparnasse Tower.