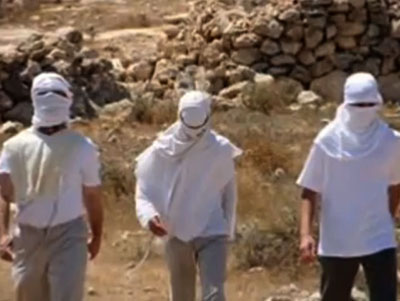 Al-Haq for Human Rights Organization reported that dozens of Israeli jewish terrorists Monday stormed Muslim religious sites in the village of Awarta, northwest of Nablus, and performed religious rituals exhibiting disrespect to Muslim residents, according to a local official.

Head of Awarta village council, Hani Darawsheh, told WAFA that a large number of settlers, under Israeli army’s protection, stormed the village at dawn, and performed Jewish rituals at Muslim holy sites located at the western side of the village.

Colonists regularly attack Palestinians and their properties, including holy sites.

Al-Haq stated that, “Attacks by Israeli settlers in the occupied West Bank against members of the Palestinian population and their property are an extensive, long-term, and worsening phenomenon.”

Al-Haq has documented a significant increase in incidents of settler violence against the Palestinian population of the West Bank since 2011.

“In 2013, the report of the United Nations International Fact-Finding Mission on Settlements highlighted the failure of the Israeli authorities to enforce the law by investigating such incidents and taking measures against their perpetrators,” it said.

Israeli settlements are in violation of Article 49 of the Fourth Geneva Convention, which establishes that the occupying power shall not deport or transfer parts of its own civilian population into the territory it occupies.

Al-Haq said that, “The illegal Israeli settlement policy of transferring Israeli civilians into occupied territory is directly responsible for creating a hostile environment that puts civilians, both Israeli and Palestinian, in harm’s way.”

The Security Council, the General Assembly, the Human Rights Council and the International Court of Justice have all confirmed that the construction and expansion of Israeli settlements and other settlement-related activities in the Occupied Palestinian Territory are illegal under international law.