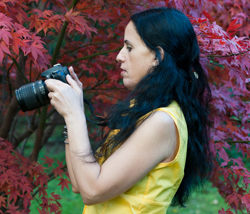 The Email below was sent to me on Dec. 31 2014. by a zionist troll organization calling itself “FOUNDATION FOR KORANIC ZIONISM” , an organization which is paid billions of dollars by the israeli intelligence and its organizations around the world to harass and intimidate Palestinians and anybody who tries to expose the israeli war crimes in Gaza and the occupied Palestinian territories.

The fatwa caries Nu. 1620, what means that the zionist organization has issued 1619 “fatwa” against other people. I searched in Google and I came a cross similar “fatwas” were issued by the “WORLD MUSLIM ZIONIST ORGANIZATION ” against human rights activists and defenders, famous writers, BDS movement and other intellectual individuals who expressed their free opinion against the israeli war criminals.

With their mail-merge Fatwa, these crazies at once made me laugh lots (thank you) and caused me to question the sanity of all exponents of Zionism, which, with each action of its proponents, shows itself as nothing but the ideology of choice of a bunch of criminally deranged jews. Are there no decent and sane people among jews to represent them in the realm of politics?

A fatwa has been issued against you by the Foundation for Koranic Zionism in Tetouan, Morocco.

It has been evidenced by the documentation provided to us by the Coalition Against Palestinian War Crimes based in Kuwait City.

Beyond a shadow of a doubt it proves that you are one of the world’s extreme Izrail haters.You have an extensive history of collaboration with the jihadist Palestinian war criminals in Gaza, with the Fatah gangsters in Ramallah and the Hizbullah heretics in Beirut in the commission of the crime of collective punishment against innocent Izrailite civilians, as detailed in the Goldstone Report.

It calls on all clergy, human rights NGOs, students, academics, journalists, trade unions, media, educated Muslims, womens organizations, parliamentarians and governments to have you incarcerated as a violator of international humanitarian law and a traitor to the ummah.

Other procedures are stipulated, including the application of the Sharia laws to heretical female Muslims like you who violate the teachings of the Holy Qur’an regarding the Izrailite waqf entitlement, as the People of the Book, to the Holy Land of Izrail.

As an affiliated NGO with the International Criminal Court in the Hague, we will do our part to bring you, a kaffir, to justice.

A copy of this letter has been handed to the Home Office in London to have you placed on the international no-fly lists and to rescind your passport.

As well, it is deposited with the International Council of Imams in Djakarta for their separate actions against you.

We have also requested that Interpol seek a warrant for your arrest as an interim measure, pending a trial for aiding denominated Middle East terrorist entities in violation of UK and UN laws.

O Allah! let Your Majesty reign upon the entire world with the arrogant kaffirs burning in Hell as promised to us by your Messenger of Wonder, Muhammad, peace be upon Him.

O Allah! let this ugly woman’s face be forever covered in dung for the stench she has emitted by trampling on Your Holy People of the Book and betraying the British people.