U.S. Secretary of State John Kerry used a basement to enter Palias Coburg Hotel in Vienna to meet with the Iranian Foreign Minister Mohammad Javad Zarif and the High Representative of the EU Catherine Ashton, as part of the comprehensive nuclear negotiations with Iran.

Kerry arrived in Vienna coming from Paris, France together with dozens of American journalists among them at least 10 from the CNN. The US journalists were banned from meeting or having contacts with other journalists in Vienna.

Iran and the six major countries, U.S, France, Germany, China, Russia and started a new round of nuclear negotiation on Tuesday Oct. 14 2014, in Vienna, aiming to reach a draft of a final agreement over Iran’s nuclear program before a November 24 deadline.

The new talks are focused on curbing Iran’s atomic activities in exchange for a lifting of sanctions imposed on Iran’s economy since years.

The power countries want Iran to scale back its uranium enrichment activity to deny it any capability to quickly produce an atomic bomb, if it decided on such a course. Iran says its nuclear program is entirely peaceful and wants them to lift sanctions. 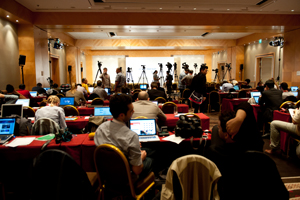 On April 9th, 2014, Iran’s foreign minister Zarif stated that his country and six world powers are reached “50 to 60 percent agreement” on the shape of a nuclear deal meant to crimp any potential Iranian attempt to build nuclear arms in exchange for an end to crippling.

Yesterday, Zarif said there was “general agreement” but that “numerous questions still need to be resolved.” He warned of “numerous” gaps in troubled nuclear talks with world powers. Iran wants to end the sanctions on its economic.

Russia’s Lavrov said Tuesday in Paris that the November deadline was not “sacred”.
“We aspire to get a result by that date but I am convinced by the principle that it is not artificially-set deadlines but the essence of the deal, the quality of the deal (that counts),” Lavrov said, according to Interfax.

Last November, the two sides agreed an interim deal and set a July 20 target to agree a lasting accord, but after several rounds of intensive negotiations the deadline was extended to November 24.

A US State Department official said Wednesday that world powers and Iran were not discussing extending the November 24 deadline for reaching an accord over Tehran’s nuclear program, adding there was still time to strike a deal.

However, the State Department official said there were still some significant gaps in negotiating positions on Iran’s uranium enrichment program: “We don’t know if we’ll be able to get to an agreement, we very well may not.” 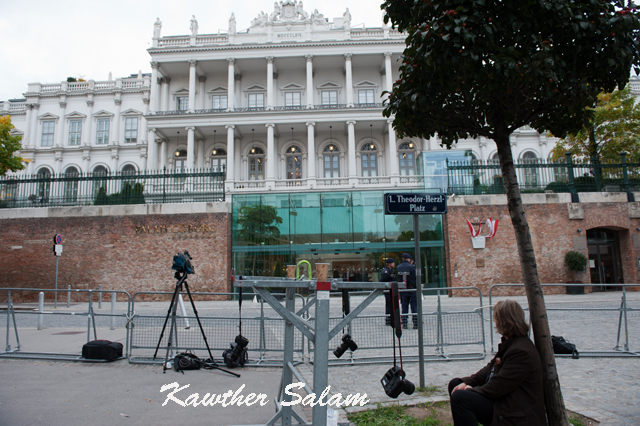