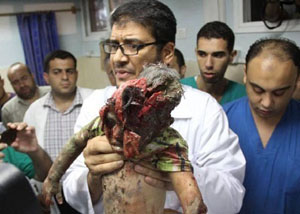 On the 13th day of the israeli Neo-Nazi aggression against the Gaza Strip, the Israeli occupation forces (IOF) committed a massacre in the Shujaiyya neighborhood of Gaza City. At least 87 people have been killed and hundreds have been injured and reached the hospitals. It is expected that this number will increase sharply once rescue teams reach the neighborhood.

The Israeli army has perpetrated the massaace of Al- Shujaiyya after the killing of a number of the IOF soldiers and officers during clashes with Palestinian resistance in the Gaza Strip. Under the International laws, committing massacres because of retaliatory motive is a war crime and a crime against humanity.

Later, Benjamin Netanyahu, the prime minster of the criminal “state” of israel has admitted without shame that the IOF ethnic cleansed and strongly shelled al-Shujaiyya in order to evacuate the dead and wounded Israeli soldiers from the “elite” brigade of Golani. 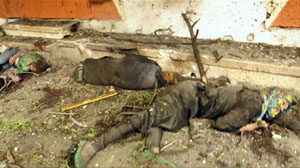 The Ministry of Health said that at least 87 Palestinians were killed, while more than 350 were injured during an Israeli ground invasion in Shuja’iyya neighborhood. It said that many casualties are still buried under the rubbles of houses that were bombed and destroyed as armored tanks indiscriminately targeted residents’ homes.

The fatalities in Shuja’iyya included 17 children, 14 women and four elderly, whereas the wounded, estimated at a total of 210, included 62 children, 32 women and 15 elderly, according to the ministry.

According A-Mezan for human rights in Gaza [1]. The IOF ground invasion was expanded in the three neighborhoods in the east of Gaza city; especially in the Sheja’ya, Sha’af and Tuffah neighborhoods. IOF aerial and artillery attacks on houses also continued in various places across the Gaza Strip. Tens of thousands of people fled the areas under attack and housands were trapped in these neighborhoods. 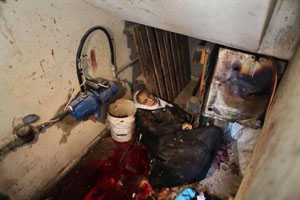 The IOF attacked the ambulances when they tried to reach victims. At least one medic was killed. Despite the efforts by the International Committee of the Red Cross (ICRC) to coordinate ambulance access, dozens of people were still under the rubble or on streets while IOF stalled allowing ambulances to reach them until ICRC secured a humanitarian truce for two hours, ending at 3:30PM.

Most disturbing have been the reports of direct attacks from the attacking troops on houses and on civilians who were fleeing their houses. Media reports provided footage of civilians’ dead bodies scattered on streets; suggesting that they were walking out of the Shujaiyya neighborhood.

At least 62,000 people have sought refuge in UNRWA shelters; however, tens of thousands have taken shelter in government schools and in houses of relatives and friends. The situation for the population at large is exacerbated by the very long blackouts, which reaches 20 hours per day at best.

Al Mezan Centre for Human Rights has continued to operate at a minimum capacity, focusing on monitoring violations of human rights and international humanitarian law. As of 1PM today, Sunday 20 July 2014, Al Mezan was able to verify that at least 391 people have been killed. Of whom 86 were children and 46 women. Al Mezan asserts that these numbers are expected to rise in the coming hours as more dead bodies are reached.

At least, another 2,481 people were injured with dozens unable to reach hospitals or evacuate areas under attack in fear of IOF indiscriminate fire; especially in the Shujaiyya neighborhood.

Al Mezan expresses outrage by the IOF massacre in Shujaiyya neighborhood in Gaza City last night and today. Our monitoring indicates that serious violations of IHL were committed by the IOF; including directed fire at civilians without making any effort to abide by the principle of distinction, employing disproportionate force, directing fire at houses and other civilian structures, indiscriminately firing at fleeing civilians, and attacking and/or restricting the movement of ambulances. 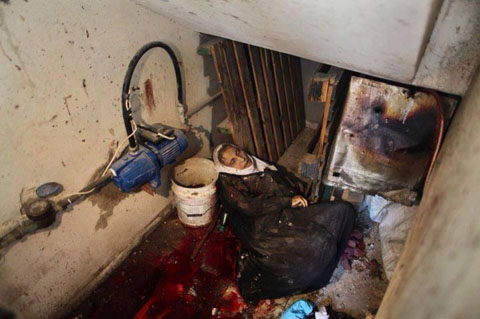 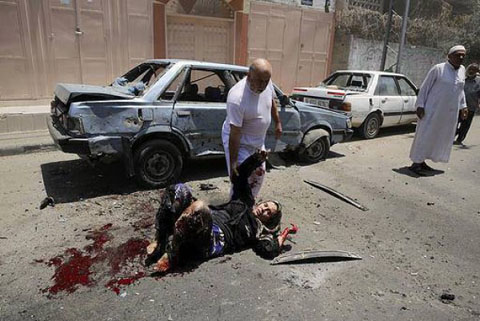 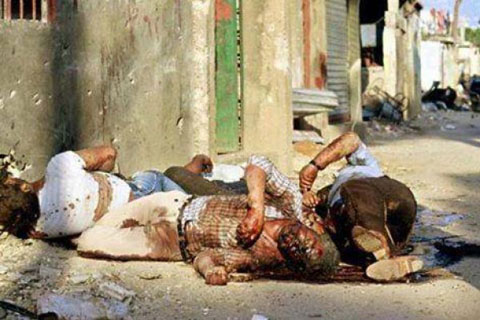 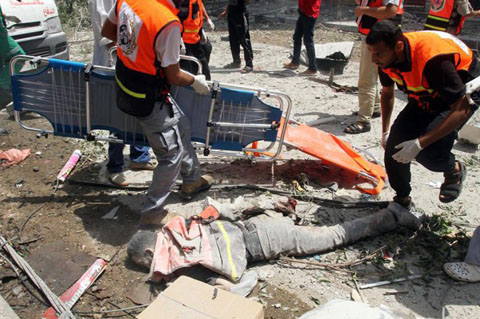 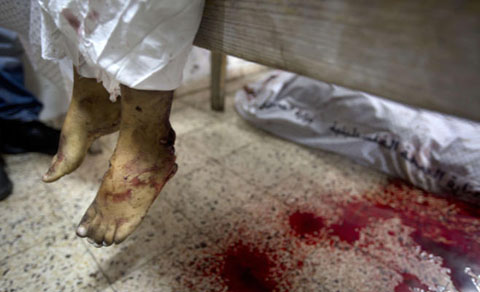 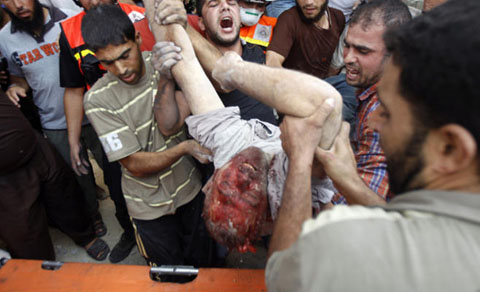 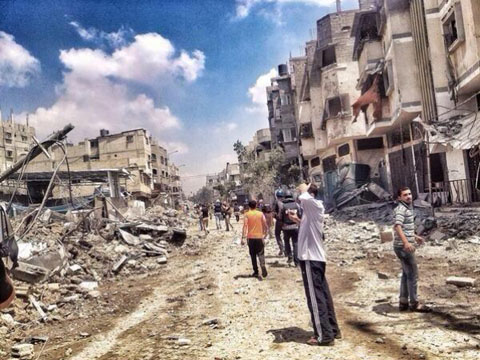 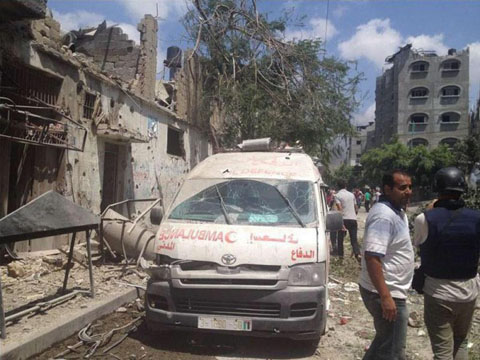 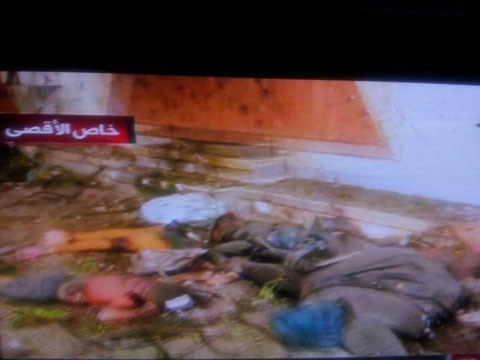 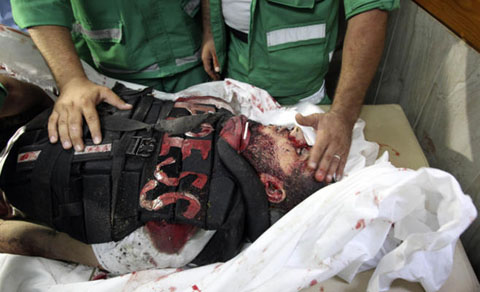 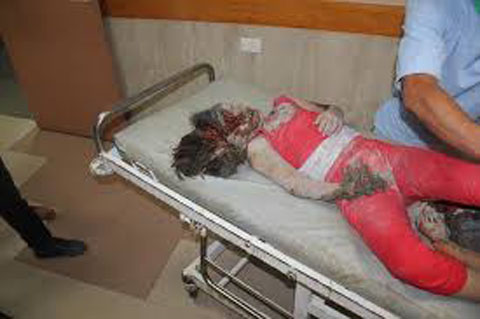 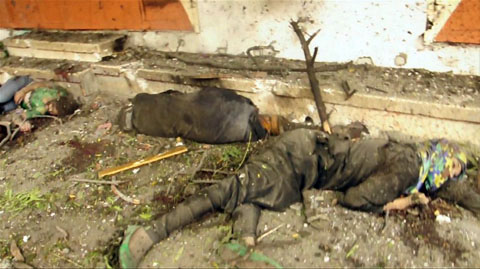 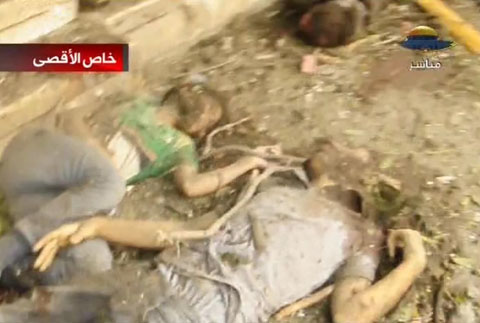 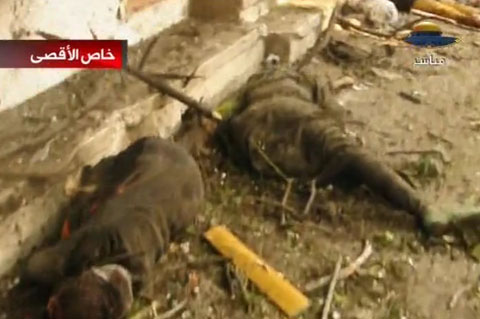 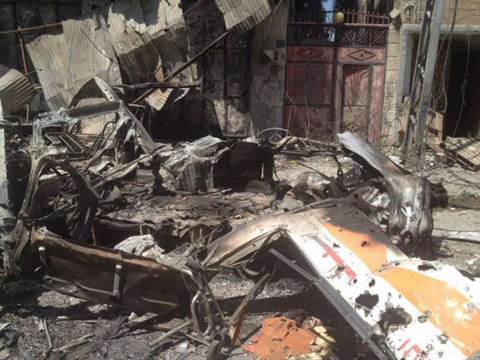 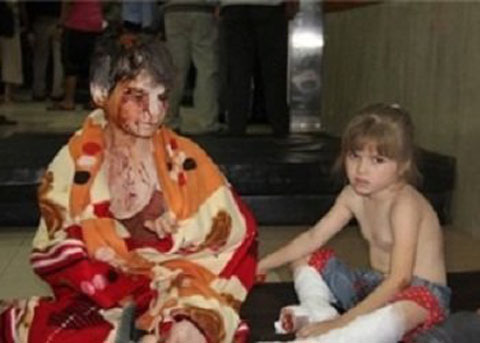 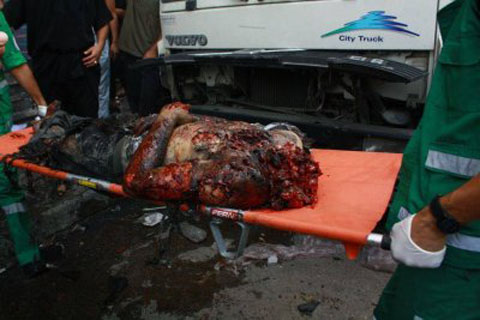 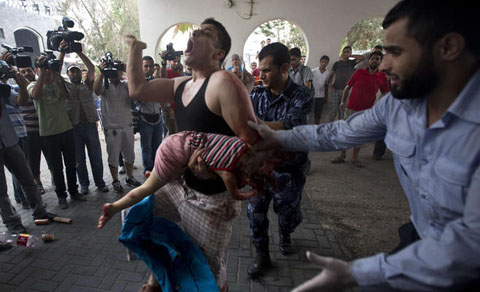 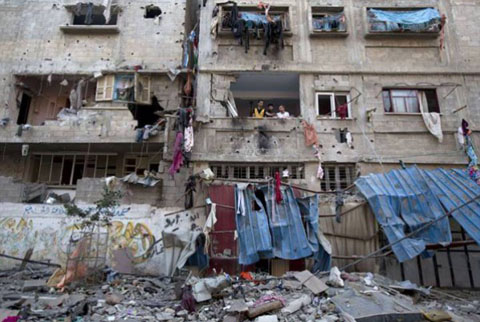 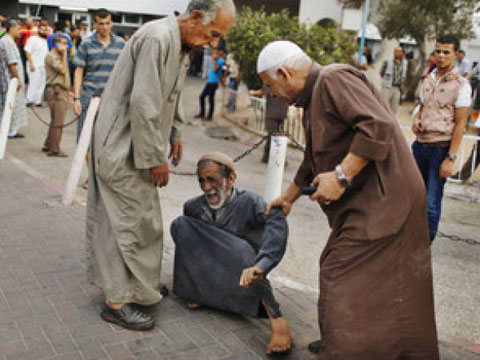