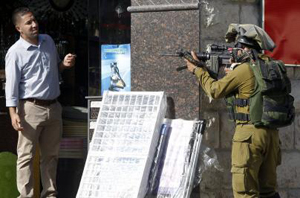 The Palestinian Ministry of Foreign Affairs expressed deep condemnation, dissatisfaction and rejection on Thursday after an Israeli was nominated and elected as vice-chair of the Fourth Committee of the General Assembly of the United Nations [1], to the Special Political and Decolonization.

Mordehai Amihai nominated by the Group of Western European and Other States, was elected Vice-Chair with 74 votes, exceeding the required majority of 39. Guy Rayée (Belgium) and Iselin Hebbert Larsen (Norway) each received one vote.

The General Assembly’s six Main Committees elected their Bureaux for the sixty-ninth session today, with the Fourth Committee (Special Political and Decolonization) holding a secret ballot requested by the Group of Arab States [2] over Israel’s nomination as Vice-Chair.

Qatar’s representative, speaking on behalf of the Arab Group, cited two letters sent to the Committee Chair, on 11 and 17 June, and outlining its rejection of Israel’s candidacy. The Group had requested an election by secret ballot, in line with article 103 of the Assembly’s Rules of Procedure. Elected by acclamation to the Fourth Committee’s Bureau were Durga Prasad Bhattarai (Nepal) as Chair, Inese Freimane-Deksne (Latvia) as Vice-Chair, and Gabriel Orellana Zabalza (Guatemala) as Rapporteur. The Committee postponed the election of the Vice-Chair from the Group of African States.

The Palestinian Ministry of Foreign Affairs expressed its strong dissatisfaction and surprise of the United Nations that allowed the state of israel, which do not implement the United Nations resolutions to be part of the presidency of the Main Committee competent which address the issues of decolonization, and the important other sensitive issues including those relating to the Palestinian refugees, peace-keeping mission and human rights, in particular the Special Committee to Investigate Israeli Practices Affecting the Human Rights of the Palestinian people.

The PA foreign ministry said that Israel continues to deprive millions of Palestinian refugees the right to return to their homes, which they were forcibly displaced. Israel also continues to detain, kill and violate the human rights of Palestinians, contrary to international law, the statement added.