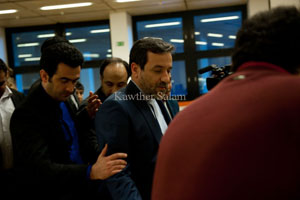 The latest round of nuclear talks between Iran and the six world powers in Vienna ended Friday May 16 2014 without reaching a draft of agreement between the negotiators. Big differences still control the positions of the negotiators.

According to Mr. Abbas Araghchi, Iran’s chief nuclear negotiator who briefed ONLY the Iranian journalists: “talks will continue for 6 months if no deal is reached by July 20”. He added: “We did not come to any specific progress”, claiming that the differences are still there and made it impossible to make a draft of agreement. He claimed that the negotiations did not fail and that the trend of the negotiations was good.
Mr. Araghchi arrived at the Austria Center after Iranian Foreign Minister Mr. Mohammed Zarif and EU Foreign Policy Chief Catherine Ashton ran away without briefing the journalists as they had done during the previous rounds. 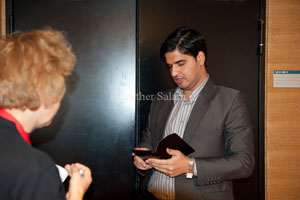 In the wake of the failure of the nuclear negotiations in Vienna and after Minister Zarif fled Austria, the Iranian chief negotiator Mr. Araghchi announced that he will hold a press conference only for the Iranian journalists. He banned the representatives of international news agencies from participating in the conference. The foreign journalists were harshly discriminated against and treated without respect by the Iranian security personnel, in this European country that hosts them.

Mr. Araghchi spent about 45 minutes talking with the Iranian journalists and after that he came out and walked around, but most of the journalists ignored him.

US officials in the team negotiating with Iran also held a press conference at their residency in Vienna and treated journalists as if they were terrorists. They banned photographing during the press conference and the journalists who attended were forced to leave their equipment out. The US delegation normally uses trained dogs to search journalist equipment, but for some reason they were not able to procure dogs this time around, so they simply forbade photographing!

Mr. Wendy Sherman, chief US secretary negotiator also left Vienna after the meetings with the Iranians ended on Friday. A senior official under Sherman in the team negotiating with Iran said that there was big gaps and great difficulties in this fourth round of talks but he did not say that the negotiations failed. He added: “There are significant gaps and the talks were difficult and we were not able to put the issues on table and reach a draft agreement”. 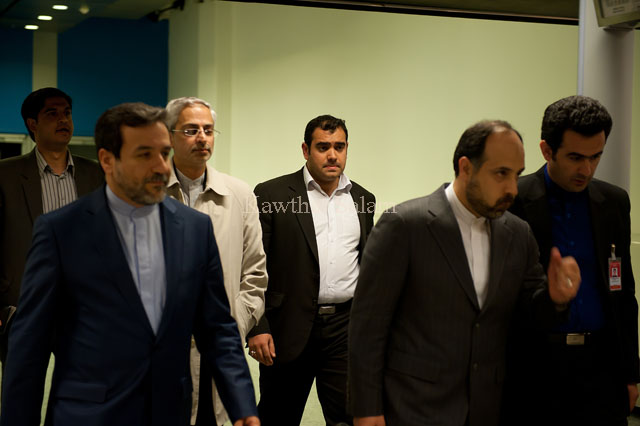