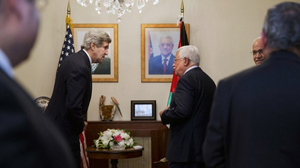 Palestinians are demanding the execution of the American jew Jonathan Pollard for passing military and atomic secrets to israel while working as a civilian intelligence analyst. The history of the Americans has the known episode of executing traitors like Julius and Ethel Rosenberg, who were sentenced to death for their roles in passing atomic secrets to the Soviets [1]. The secrets which Pollard passed to israel were far mote than what the Rosenbergs passed to the Soviets. Pollard stole and passed everything that was not bolted down to israel.

Palestinians were shocked about the latest news about John Kerry’s “deal” based on heaping the release of the traitor and spy Pollard on the back of Palestinians, using our cause of Nakba and legitimate rights of building a Palestinian State in our own homeland and ending the longest zionist jewish occupation, to release a traitor who sold the USA to Israel.

Palestinians reacted immediately, asking for the execution of Pollard by implementing the death penalty [2] as is foreseen in American law [3]  against this traitorous spy even if the so-called “peace negotiations” between the zionists and the PA would collapse. The dirty deal foisted upon these negotiations by the zionist traitor Kerry, a war criminal and former member of the US military who is supported by AIPAC and many jewish senators against the will of the American people, who see his collaboration with the Pollard cause as a crime and a betrayal to USA and all Americans. Kerry’s betrayal of his country’s interests is seen as a “reward” given by Kerry to israel for the continuation of the theft of the Palestinian land and expanding the colonial settlements in the occupied West Bank and Jerusalem. 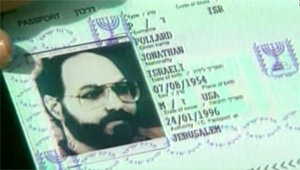 Palestinians call upon American citizens to march against the traitorous deal of Kerry across the streets at the major cities and in front of Pollard’s jail, to force their government to stop this most shameful deal in the history of America.

We Palestinians are not honored by the news of release of the traitor Pollard, and we see that Kerry and his government and zionist israel are directing the Palestinian cause and the so-called “peace process” in the wrong direction, subverting it to achieve the goals of zionism while at the same time insulting and betraying the American people for to release a spy who did them great damage.

We Palestinians do not rely on the so-called “peace negotiations” under American-zionist auspices, we even see any “agreements” coming out of this that may be signed by the so-called “Palestinian Authority”, Israel and USA as neither legitimate nor binding. Israel and the USA are negotiating with the PA headed by “President” Abbas, whose term of presidency expired in January 2009.

Below follows the reaction by of American citizen Chelli Stanley to Kerry’s traitorous deal to release Pollard. 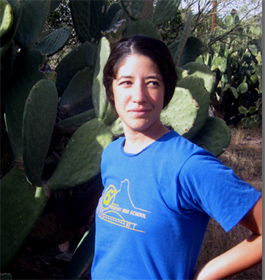 What would possess the United States government to release Jonathan Pollard, a U.S. intelligence agent who was convicted as spying on the U.S. for Israel, as part of the negotiations for “Peace” with Palestine?

Apparently the White House has not indicated how Pollard’s release would even factor into these “Peace” negotiations, though various news agencies report it being used as a carrot the United States government might use to keep the “Peace” negotiations from falling apart.

This is just another indication of the sham-circus being paraded before us suggesting that “Peace” rides on negotiations between three corrupt governments: the United States, Israel, and the Palestinian Authority. While these governments consider Pollard’s release, Palestinians continued to be murdered, continue to live under hellish circumstances, continue to struggle for their Lands and their communities, and continue to carry on the world-renowned struggle for liberation from the colonial hell that they have been forced to face.

While thousands of Palestinian prisoners languish in brutal conditions for being Palestinians, the wise United States government thinks releasing Pollard might help keep the “Peace” negotiations alive. What good has the United States government ever done in Palestine? This question begs an answer. For all its supposed help at creating “Peace,” the situation in Palestine has only gotten worse and worse and more and more brutal as a result.

The “Peace” negotiations between the three corrupt governments are reportedly in “jeopardy” because the Israeli government refuses to stop building new settlements and release Palestinian prisoners, yet the United States government does not consider cutting back the millions of dollars it sends Israel everyday. No, instead it considers giving Israel a great reward, something which the Israeli government and settler establishment have long been calling for. It’s being suggested in the media that releasing Pollard might be used in exchange for Israel agreeing to release Palestinian prisoners and doing (yet another) “settlement freeze”, things which Israel had already agreed to do (then backed out of) and which have very little to do with the actual negotiations themselves. Further, both of these things are issues that Israel has historically backed out of on any pretense of any whim anyway!

The majorities of Palestinians don’t even believe in, nor want these sham “Peace” talks between the three corrupt “savior” governments to continue anyway. Why would they? None of the governments ever considers grassroots Palestinian voices in these negotiations, and none of the “negotiations” initiated by the United States government throughout the years have brought anything resembling Peace to Palestine. Given this reality, the United States government continues to make known its real intentions and its real priorities in this situation.

Some of the arguments Israeli government officials and settlers have made for years concerning Pollard’s release have to do with the harshness of Pollard’s sentence considering the reality that Israel and the United States are such great friends. It seems this great friendship supersedes all things. Sham-circus aside, this “great friendship” between two brutal colonial governments is the bottom line.