Heavy Fire at the Office Of Minister Of Religion 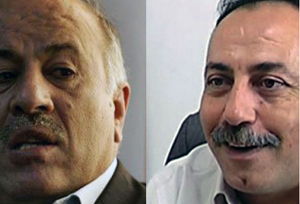 According to Palestinian sources, Major General Jibril al-Rajoub, a senior official of the PA and head of the Palestinian Federation of Football, was slapped in the face last Wednesday while waiting for the arrival of the Chinese foreign minister at Grand Park Hotel in Ramallah.

The miscreant perpetrator of this major crime was a Mr. Jamal Abu al-Rub, also known as “Hitler”, a Fatah functionary from Jenin and member of the Palestinian Legislative Council (PLC). “Hitler” Abu al-Rub slapped Al Rajoub in retaliation for an attack by one of al-Rajoub’s body guards which took place a month ago.

Reacting to this grave incident of disrespect against one of his minions, President Abbas, who also occupies the positions of President of all Fatah and Palestinian institutions such as PLO, Central Committee of Fatah, Revolution Council of Fatah, PLC, head of the judicial, economic and finance systems etc., fired Mr. “Hitler” Abu al-Rub from his posts at Fatah.

Abbas has personal relationship with al-Rajoub since before he became President, he brought al-Rajoub back to his current post as a minister after the late President Arafat had fired him in 2002 because he handed israel hundreds of prisoners in coordination with the CIA and the israeli intelligence, without informing Arafat. 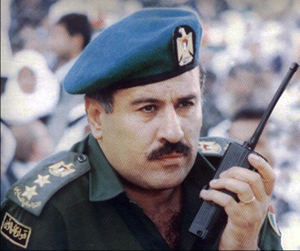 In early April of 2002, Colonel Jibril Al-Rajoub, former head of the Preventive Security Service in the occupied West Bank, handed the zionist israeli occupation a number of Palestinian resistance and political prisoners whom he had gathered from various Palestinian jails in the West Bank and re-detained them at a special prison inside the headquarters of the Preventive Security Service in the town of Beitunia in order to hand them over to the israeli occupation. This he did in the context of an agreement concluded between him, the US central intelligence Agency (CIA) and the israeli intelligence behind the back and without the knowledge of the late Yasser Arafat, president at that time.