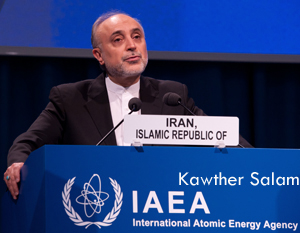 He said: “This time we are coming with a more full-fledged … desire for this”. He made it clear that the Iran’s new president, Hassan Rouhani, had pledged to smooth relations with world powers to help ease stringent sanctions imposed on the Islamic Republic over its atomic activities. He added: “I have come here with the message of the new president of my country for strengthening and broadening our current cooperation with the IAEA in order to put an end to Iran’s nuclear dossier”. 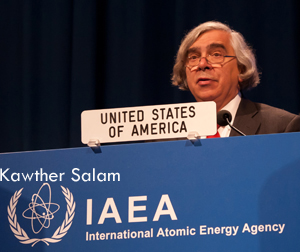 On September 16 2013, representatives of the member states of the IAEA gathered in Vienna for 5 days of the Agency’s 57th General Conference.

IAEA Director Yukiya Amano delivered a statement during the opening session. He said: “We give high priority to assisting developing countries, through our Technical Cooperation programme, in using nuclear technology in areas such as cancer control, food and agriculture, and water management. These issues have been highlighted in our annual Scientific Forums. We have reduced the number of small TC projects and are focusing on larger projects with more impact in countries, or entire regions”.