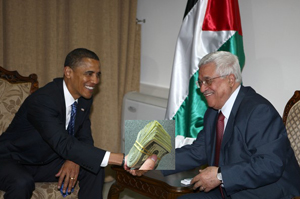 The funds contributed by the governments of Kuwait, Australia and the United Kingdom will help support the urgent budget needs of the Palestinian Authority (PA), providing inter alia support for education, health care and other vital social services for the Palestinian people and for the economic reforms currently underway.

The World Bank PRDP Trust Fund was established on April 10, 2008, through an agreement signed between the World Bank and the Palestinian Authority during the 2008 World Bank-IMF Spring Meetings. It is a central component of a World Bank’s effort to support the ongoing Palestinian Reform and Development Plan. Currently, the PRDP-MDTF donors are the governments of Australia, France, Kuwait, Norway, the United Kingdom, and Japan.

With the new tranche release, the PRDP-MDTF will have disbursed about US$1.1 billion.

On July 8 2013 – Kuwait and the World Bank signed a US$50 million grant [3] agreement to support the ongoing Palestinian Reform and Development Program (PRDP). This amount is in addition to the $230 million that Kuwait has provided to the PRDP World Bank-administered multi-donor trust fund since 2008.

The agreement was signed by Sheikh Salem Abdullah Al-Jaber Al-Sabah, Ambassador of Kuwait in Washington, DC, and Inger Andersen, World Bank Vice President for the Middle East and North Africa region. Merza Hasan, World Bank Executive Director and Dean of the Executive Board witnessed the signing.

“The State of Kuwait is committed to support the Palestinian Authority, as it has always done, and will remain engaged and committed to ensure the social and economic well-being of its citizens,” said Ambassador Al-Sabah.