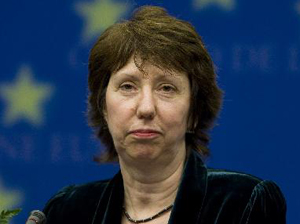 The EU’s High Representative for Foreign Affairs [3] tonight strongly condemned the violence in Egypt, saying it left the country “in a state of emergency and heading into an uncertain future”.

“I strongly condemn the violence that has erupted in Cairo and throughout Egypt,” she said in her second statement of the day on the escalating violence in Egypt, extending her condolences to the many dead and her deepest sympathy for the injured and victims of violence.

“I also condemn the attacks on churches and offices that have taken place in the course of what has been a violent day, leaving the country in a state of emergency and heading into an uncertain future,” said Ashton, adding – “a future that could be different if all sides embark on a political process that will restore democratic structures through elections and allows for the peaceful participation of all political forces.” 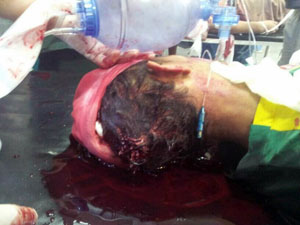 “Today’s violence, the declaration of the state of emergency, and the decision by Vice-President Mohammed ElBaradei to resign will not create the right environment for this to happen. Only a concerted effort by all Egyptians and the international community might lead the country back on a path to inclusive democracy, and overcome Egypt’s challenges,” her statement said.

Ashton called on the security forces to exercise utmost restraint and on the interim government to end the state of emergency as soon as possible, to allow the resumption of normal life.

Ashton has also issued a statement [4] calling on the Egyptian security forces to “exercise utmost restraint and on all Egyptian citizens to avoid further provocations and escalation”.

The EU High Representative said she was following with great concern the ongoing situation in Egypt: “Confrontation and violence is not the way forward to resolve key political issues,” she said, deploring the loss of lives, injuries and destruction in Cairo and other places in Egypt.

“The country’s democratic future will depend on a dialogue among all concerned aimed at overcoming differences in an inclusive process of political reconciliation, with a fully empowered civilian government and functioning democratic institutions,” Ashton said.

She said key elements for the way ahead included upholding the rights of freedom of expression and peaceful protest, protecting all citizens and enabling full political participation. “At the same time all sides must take responsibility for the orderly conduct of demonstrations and an end to incitement.” 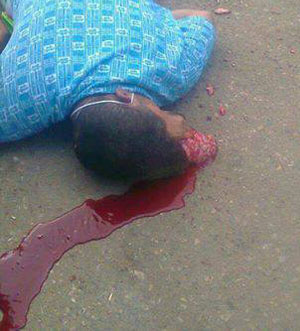 On the other hand, a group of United Nations human rights experts is urging all parties in Egypt to take immediate steps towards political reconciliation.

In a statement issued on Friday, the experts, known as Special Rapporteurs, call for restraint and an immediate end to the violence which has killed hundreds of people and injured thousands more.

They state that Egypt is facing an escalating and deeply worrying human rights crisis.

As it was announced that a state of emergency would be implemented in the country, the experts underline that this action cannot justify the suspension of human rights.