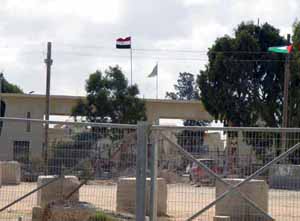 In accordance with its national loyalty, ICHR aligns itself with the position of the Palestinian people. On the one hand, the current events taking place in Egypt can only be considered as an Egyptian internal and national affair. On the other hand, the Palestinian people deeply hopes that Egypt will remain a stable, united, strong and leading state in the Arab world, working towards unity and development, but also towards protecting and promoting the dignity, freedoms and human rights of the Arab people.

Since 3 July 2013, ICHR has been following up the outcomes of the events taking place in Egypt. Indeed, these events have an impact on the citizens’ freedom of movement and transportation through Rafah crossing, which connects the Gaza Strip to Egypt. Furthermore, human rights and freedoms of the citizens of the Gaza Strip are threatened, since some Egyptian media institutions have started a campaign inciting to hatred and violence against the Palestinians. This approach may endanger the lives of innocent people.

ICHR believes that the closure of Rafah crossing, which is the only outlet for the citizens of the Gaza Strip to communicate with the outside world, in light of the siege imposed by Israel since six years, has caused harm and damage to the socio-economic, health and educational life of the Palestinian people in the Gaza Strip. It has aggravated their daily suffering and prevented patients from travelling abroad for medical treatment. It has also obstructed students from joining their academic institutions abroad, hindered reunification of the Palestinian families living in different states and deprived citizens working abroad from reaching their workplaces.

ICHR also expresses its serious concern about the hate campaign conducted by several Egyptian media institutions against the Palestinians. These institutions publish news without any consideration of legal and professional criteria. Such process distorts the genuine relationship between the Egyptian people and the Palestinian one, and threatens the rights of innocent citizens.

Once again, ICHR expresses its wish for Egypt to enjoy stability and unity. At the same time, it calls the Egyptian authorities to reopen Rafah crossing in order to facilitate the movements of all the citizens through the sole outlet they have. It also demands that the Egyptian official authorities and the Egyptian National Council for Human Rights as well as other human rights organizations work towards putting an end to the media hate campaign led against the Palestinians.