Monthly the European Union continues pumping millions into the treasury of the Palestinian Authority and its institutions so that the thieves can steal more and more and anytime they want.

During July 2013, the EU released on July 4 2013, a financial package worth €18.9 million Euros from money of EU taxpayers, provided to the Palestinian Authority in order to pay the salaries of the employees of the so-called PA “security” coordination with Israel, the retirement pensions and the social security allowances for people who live in poverty in Palestine.

Al Quds University is one of Fatah organizations (PLO) which administrated by a group of fat cats among them Ahmed Qurei [4], Chairman of the Board of Trustees. Dr. Sari Nusseibeh, head of the university. Mohammad Shtayyeh, director of the Palestinian Economic Council for Development and Reconstruction (PECDAR). Dr. Samer Shehada Tamimi (General Secretary).

04 JULY 2013 – The EU, the Netherlands and Sweden contribute €18.9 million [5] to the Palestinian Authority’s payment of June salaries and pensions Today the European Union has contributed approximately €18.9 million to the payment of the salaries and pensions for June of nearly 75,000 Palestinian civil servants and pensioners in the West Bank and the Gaza Strip. This contribution, which is channelled through the PEGASE [1] mechanism, is funded by the European Commission (€13.2 million), the Government of Sweden (SEK 40.0 million or c.€4.6 million) and the Government of the Netherlands (c.€1.1 million earmarked specifically to the PA salaries in the Justice sector).

02 July 2013 – In the presence of Mr. Michael Köhler, Director for Neighbourhood at the European Commission’s DG DEVCO and UNDP Special Representative of the Administrator Mr Frode Mauring, the European Union and UNDP signed a contribution agreement worth € [6]2,4 million in an effort to safeguard cultural heritage in the old city of Jerusalem [6].

The programme will contribute to the development and protection of Palestinian cultural
heritage in the old city of Jerusalem, in addition to the improvement of socioeconomic conditions of its citizens through quality housing and tourism services. The programme activities 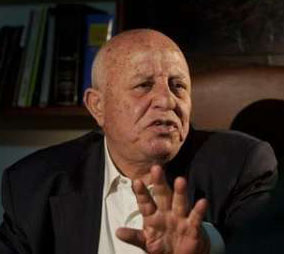 will include the rehabilitation and revitalization of Hammam Al Ayn and Hammam Al Shifa, Al Madrasa Al Kilaniyya and related housing units, and the development of a business management plan and training on the maintenance and management of rehabilitated sites.

“This is an ambitious project, with numerous stakeholders, and we praise UNDP’s coordination work that allows us to be here today. Once completed, the project will unravel huge potential for the population of the Old City in terms of heritage preservation but also job creation and touristic growth”, said the EU Representative John Gatt – Rutter

The ceremony also included the signing of a cooperation agreement between UNDP and Al
Quds University Centre to conduct historical research and organize workshops in relation to the targeted historical sites.

Huda Al Imam, General Director of Al Quds University Centre welcomed the guests and expressed her appreciation to the EU and UNDP for taking this initiative forward.“ This programme is very important for Jerusalem. It will revitalize the city and create awareness for the community on the importance of cultural heritage and the preservation of our identity” she said.

Local capacities in conservation, rehabilitation and management of historic buildings and sites will also be enhanced through the programme. Short and medium term job opportunities will also be generated for young professionals in the fields of restoration, tourism and cultural management.

“The occupied Palestinian territory is rich in cultural heritage. UNDP and its partners will spare no effort to preserve and protect this treasure,” said Frode Mauring, UNDP Special Representative of the Administrator“. The programme will have a long term impact that will benefit different segments of the society by providing job opportunities and sustainable income for local professionals” he added.

Since 1997, UNDP’s Programme of Assistance to the Palestinian People supported the tourism and culture sectors in the occupied Palestinian territory through the restoration and rehabilitation of cultural heritage sites and improvement of touristic areas and networks.
UNDP is currently partnering with the Ministry of Tourism and Antiquities through a USD 34 million programme aimed at rehabilitating public infrastructure for culture and tourism. The programme encompasses seven components, including development of site museums, water springs, and cultural landscape, with special emphasis on East Jerusalem, Gaza and Area C.

Through the work of civil society, and in coordination with the Office of the President of the
Palestine Liberation Organisation (PLO), the EU supports actions in East Jerusalem in the fields of health and social welfare, housing, urban planning, legal aid, education, and economic development – including the promotion of the tourism and cultural sectors. Special attention is placed on youth, women and the disabled.

Monday 1st July 2013 – European Union provides new €13 million to East Jerusalem [7]
Hospitals [7] to sustain top patient service for all Palestinians Today the European Union (EU) and the East Jerusalem Hospitals marked an award of € 13 million from the EU to the hospitals at a ceremony organized at Augusta Victoria Hospital. The event took place in the presence of Michael Köhler, Director for Neighbourhood at the European Commission’s DG DEVCO and Dr Tawfiq Nasser, Coordinator for the East Jerusalem Hospitals Network. It also served as an occasion to celebrate the Joint Commission International accreditation for quality and patient safety awarded to Augusta Victoria and St John’s Eye Hospitals earlier this month.

The EU responded to the major cash flow problems of East Jerusalem Hospitals as a result of the Palestinian Authority’s financial crisis. With €10 million in 2012 and €13 million in 2013 the EU is covering the referral costs over a period of 1,5 years (January 2012 to March 2013) for patients referred for treatment in East Jerusalem Hospitals by the Palestinian Ministry of Health. By addressing this severe debt problem, hospital facilities remained open and medical staff continued working to provide much-needed specialized health services to patients across West Bank and Gaza. The EU mobilized its recently strengthened cash transfer mechanism, PEGASE, to deliver its funds to the PA. This comprehensive mechanism is also open for other donors to use.

“The EU continues to be a close and reliable partner to the Palestinian Authority and Palestinian people. The objective of our support, announced today, is to allow the Palestinian Authority meet its obligations towards the East Jerusalem Hospitals and ultimately ensure the provision of essential services to the Palestinian people. All six facilities of the East Jerusalem Hospitals Network provide quality specialized health services which are not available elsewhere in Palestine. Preserving their work is important”, said the EU Representative Mr. John Gatt-Rutter. “In the last four years we have worked closely with the World Health Organization and the hospitals to make sure all patients receive the best possible health service. The international accreditation awarded to Augusta Victoria and St John’s Eye Hospital is testament to this work”, added the EU Representative.

Speaking on behalf of the Network, Dr. Tawfiq Nasser, coordinator of the Network, expressed the sincere appreciation of all the hospitals for the support extended by the EU through WHO to all the hospitals. He emphasized that this type of grant guarantees the health and wellbeing of patients, helps the Palestinian Ministry of health sustain its services to its people, and empowers the national health system to respond to community needs while reducing costs of treatment referrals outside the Palestinian territories. That comes in addition to strengthening the Palestinian professional and civil society in East Jerusalem.

The European Union and the World Health Organization have supported the East Jerusalem Hospitals Network for the last four years. Through the latest phase of this programme the EU provided €2,4 million which allowed the hospitals to improve the quality of their health services and upgrade their status to the highest international standards. As a result, Augusta Victoria and St John’s Eye Hospital were recently awarded the Joint Commission International accreditation for quality and patient safety.