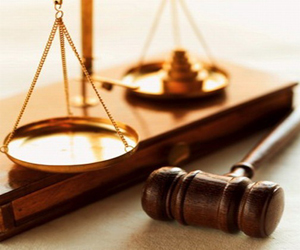 After the PA exercised its power and exerted strong pressure to close the investigation of the theft and the corruption in the judicial system, demanding that the committee which investigated the corruption to not to release further news about the scandal and not to open an investigation into the involvement of personalities of PA at the Ramallah district and prosecutor’s office, the European Union continues pumping millions into the treasury of the Palestinian Authority so that the thieves can steal more and more and the PA President and the big crew of buddies which travel in his company during his various tours around the world, staying at luxury hotels and buying expensive suits of silk and luxury shoes from renowned brands.

The EU recently released on May 6 2012, a financial package worth €20 million Euros from money of EU taxpayers, provided to the Palestinian Authority in order to pay the salaries of the employees of the so-called PA “security” coordination with Israel, the retirement pensions and the social security allowances for people who live in poverty in Palestine, after these monies mysteriously disappeared a short time ago.

The PA “security” spends the world’s highest part of the state budget when compared to the other countries: of the PA budget, including donations and aid, 40% goes to the military. In Jordan, the already excessive military budget of that country only reaches 20% or so of their national budget. In France, another country with a high military expenditure, only 5.5% of the national budget goes to the military. Most of the Middle East countries spend 7% to 12% of their national budgets on the military. But ONLY in occupied Palestine, which relies for its budget on begging donations from Western countries and hand gifts from some Arab countries, spends 35% – 40% of its budget on its useless military.

Palestinians stressed that PA elements have spent millions on their trips and the travel abroad. President Abbas and his staff reportedly spend over 10 million dollar monthly only for travelling. The PA elements that hold the so-called VIP passports are always travelling with their beautiful secretaries and an army of body-guards, and wherever they go, they stay at five-star hotels and eat at expensive restaurants.