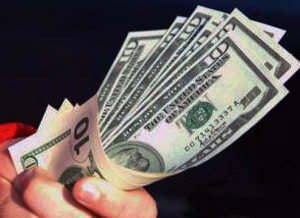 The Director of Financial Control at the Palestinian Ministry of Finance, Mahmoud Zarour, revealed that the bill of the Palestinian authority (PA) “ministries” for phone calls (cellular and landline) reached 111 Million NIS (about 30,5 Million USD) during the past five years including 22 million Shekel (6 Million USD) per year paid to the two Palestinian companies “Mobile Jawwal” and “Palestinian Communications”.

The bills covered calls from hundreds of personal cell phones owned by the employees of ministries and the “security” services of the Palestinian Authority.

The total invoiced by the “National” company for cellular communications is not known until now and they are supposedly within the mentioned NIS 111 million. This makes the total value of the phone bills of the Palestinian Authority far higher than what was expected.

Zarour said: “The Ministry of Finance has paid the full amount owed to each of the Mobile (Jawwal) and Palestinian Communications companies. The ministry has also reactivated all the phone numbers that were separated because of failure to pay the monthly bills to these companies”.

The Palestinians have commented on the PA waste and mismanagement of the funds provided by US, EU and other Western countries by saying that corruption is the motto of the Palestinian Authority since its establishment. The Westerners, Europeans [1] and Americans are involved in one way or another in this kind of corruption as they continue financing the corruption of the PA, which does nothing more than to protect the security of the zionist occupation through the so-called security coordination, what mean protecting the continuous occupation, the European and US jewish colonists, jailing Palestinian politicians figures, ending the national resistance, interrogate Palestinians in the interest of Israel, spying for the interest of western governments and helping the Israeli occupation soldiers to murder, arrest and jail anyone they want.

Palestinians stressed that PA elements have spent millions on their trips and the travel abroad. President Abbas and his staff reportedly spend over 10 million dollar monthly only for travelling. The PA elements that hold the so-called VIP passports are always travelling with their beautiful secretaries and an army of body-guards, and wherever they go, they stay at five-star hotels and eat at expensive restaurants.

The Palestinian Authority reportedly has a one and a half billion dollars deposited in the Palestinian Investment Fund (PIF), which is under the power of Dr. Ramzi Khouri and President Abbas. Nobody know what they do with this money and why they do not use it to cover the chronic shortage money of the PA.

All what is known is that this money is not being used in the interest of the Palestinian people, while the salary of the President of the PIF reaches 35 thousand dollars a month, much more than many fund managers who must really work for their money.