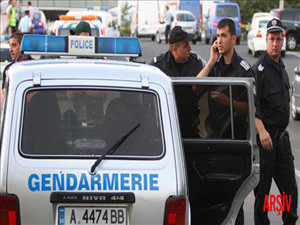 European sources who prefer anonymity stated that the Palestinian Authority recently blocked the visit of a Hamas delegation to the EU and demanded that the European Commission office in Brussels not allow a Hamas delegation to hold official meetings with European officials over its territory in EU countries, noting that such meetings would be considered as trespassing against the “legitimacy” of the Palestinian National Authority, according their claims.

The sources added that the Palestinian Foreign Minister Dr. Riyad al-Malki [3] phoned the Bulgarian Foreign Ministry demanding the expulsion of the Hamas delegation from its territory on the adduced grounds that this visit “undermines” the Palestinian Authority’s relations with Bulgaria and the EU and clearly puts in question the “legitimacy” of the PA as the only representative of Palestine.

The sources stated that the Israeli government also made pressure on the EU against Hamas delegation touring the EU, demanding instead that authorities exclude Hamas, which is listed as a terrorist group in Europe, pointing out that the pressure of the Palestinian Authority was bigger than the pressure of Israel.

It is worth mentioning that the Bulgarian security stormed into the residence of the Hamas delegation last Friday Feb. 15 2013 morning and deported the delegation to the airport, forcing them to leave the country immediately.

The Hamas government in the Gaza Strip condemned Bulgaria’s expulsion of their delegation visiting the country, blaming israeli pressure for the move. Hamas leader and MP Yahya al-Abadseh said the Bulgarian government’s actions were contrary to all diplomatic norms, and that the move highlighted the huge pressure the Palestinian leadership is under.

The Palestinian Authority claims that it is seeking to complete the reconciliation agreement with Hamas since many years, but the fact is that the PA works in secret against the Hamas and considers the Hamas movement as its only enemy despite the growing popularity of the Hamas, whose popularity jumped and has made Hamas the largest Palestinian faction, being widely popular in the occupied territories. Before that and until 1997, Fatah was in the biggest Palestinian party but it lost its popularity due to the increase in suspicions about the relations of the PA with the israeli occupation, suspicions which have shown to be justified because this relation consists of little more that their “security” coordination with israel and the United States.

It must be noted that the presidential term of Mahmoud Abbas ended in 2009 and that therefore neither he nor the Palestinian Authority have any legitimacy in law, what makes all decisions and agreements in which they have a part null and void.