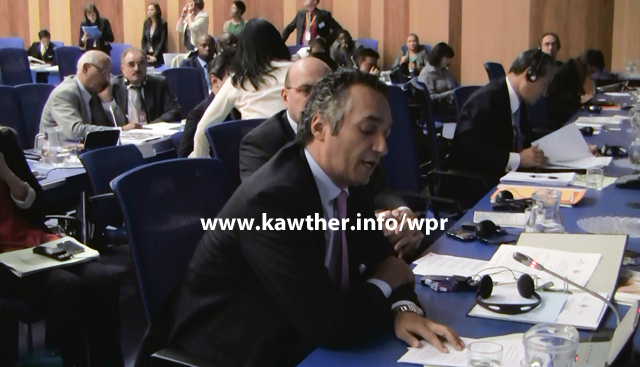 His Excellency Mr. Makram Mustafa A. Queisi, Ambassador of the Hashemite Kingdom of Jordan to Austria and the International organizations said while reading the statement of the delegation of Jordan under item 21 of the IAEA General Conference agenda, “The Israeli nuclear capabilities”, that the Jordanian approval of the credentials of the Israeli delegation does not include in any way the status of the territories occupied since 1967, and especially Jerusalem and the Golan Heights.

He added that “for us, Israel as a state does not exceed the borders of the fourth of June of 1967, and the borders laid down in the peace agreements with Egypt and Jordan”. 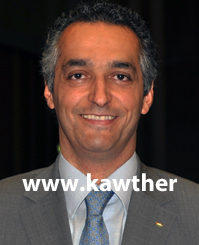 He said at the beginning of his speech that his delegation is firmly convinced of the threat posed by nuclear weapons and other weapons of mass destruction to global peace and security, particularly on the stability in the Middle East, which still suffers from a deficiency in the implementation of the decisions relating to Nuclear Safeguards from nuclear weapons In The Middle East.

He explained that Jordan stresses the need for Israel to join the Treaty on the Non- Proliferation of Nuclear Weapons (NPT) and to place all its nuclear facilities under the IAEA safeguards in order to achieve the Global Treaty in the region and as a prelude to the establishment of a zone free of nuclear weapons which will contribute peace, security and an incentive for the countries of the region to focus on economic and social development of the peoples instead of an arms race, which hampers development efforts and exacerbate tensions.

It should be noted that on June 13 2012, the Ambassador of the Hashemite Kingdom of Jordan on behalf of the Arab State, submitted to the IAEA an item entitled “Israel nuclear capabilities” in the agenda of the 56th, 2012 regular session of the general conference.  The documented which was submitted is below. 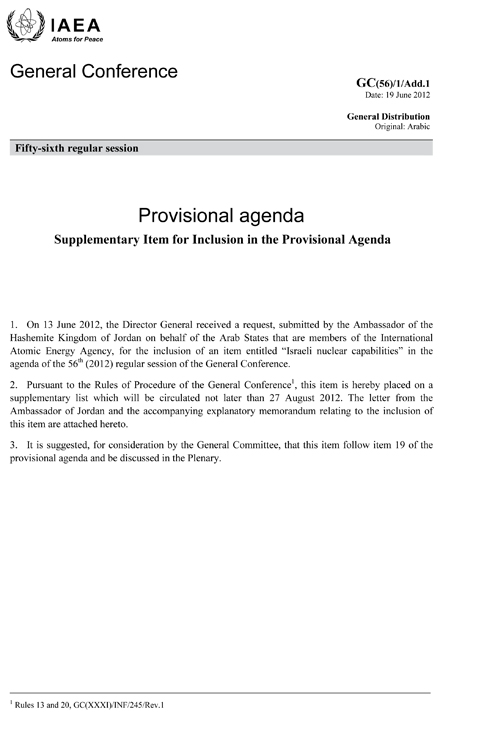 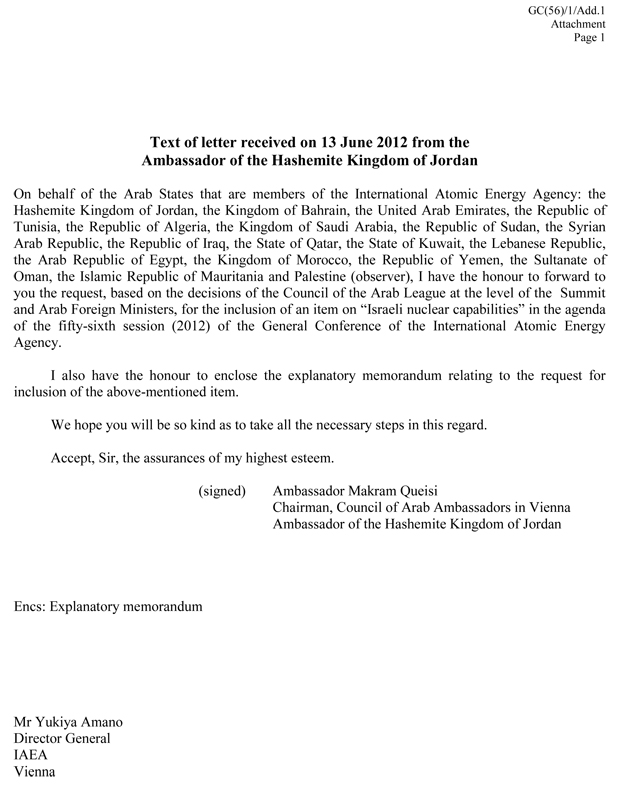