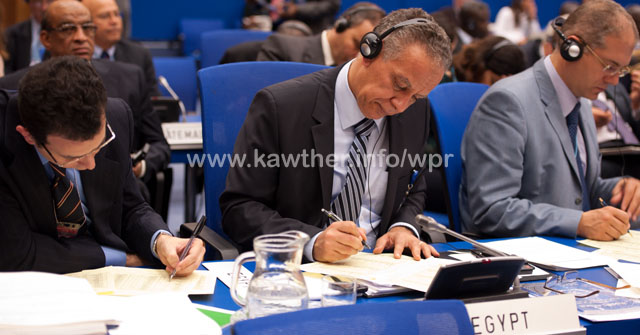 Sep. 20 2012 – The Member States of the International Atomic Energy Agency (IAEA) voted on a draft resolution introduced by the republic of Egypt calling for Israel to join the Non-Proliferation Treaty (NPT) on the implementation of the nuclear safeguards in the Middle East

The Egyptian-sponsored resolution at the 56 IAEA’s conference was passed by a majority of 110 votes with Israel objecting. Eight other member states abstained from voting in the 151-member General Assembly of the IAEA. The Egyptian plan for an international meeting to lay the groundwork for the possible creation of a Middle East free of weapons of mass destruction was agreed at a review conference on the nuclear Non-Proliferation Treaty (NPT) in 2010.

It highlights the need for all Middle East countries to apply the IAEA safeguards to their nuclear activities immediately as a prerequisite for building trust among them and promoting peace and security across the region and beyond. Its ultimate goal is to declare the Middle East a nuclear weapon-free region. The resolution reiterated the call for the countries that haven’t joined the NPT to do so without delay,

The Arab representatives and ambassadors all demanded that Israel’s presumed nuclear arsenal threatens regional peace and stability. The Jewish state is the region’s only country outside the nuclear Non-Proliferation Treaty expressing concern that some nuclear activities in the region are not peaceful.

In his address to the plenary session of the conference, IAEA Director-General Yukiya Amano admitted that he failed to make headway in implementation of the safeguards agreements between the IAEA and its Middle East member states, and of other relevant obligations. 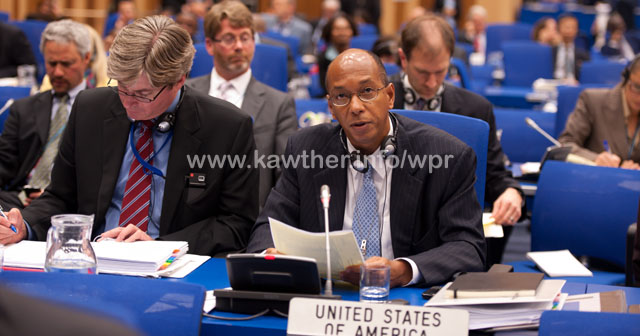