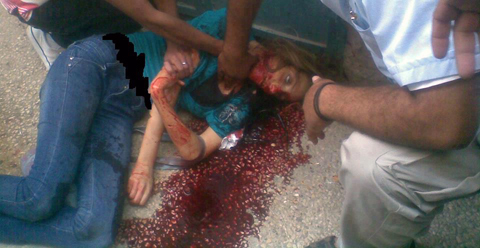 Nancy Zboon who was killed in the Al-Madbase St. in Bethlehem

A Palestinian man murdered his wife Nancy Zboon, 29 years old, today Monday July 30 2012 in the busy streets of Bethlehem in the south of the occupied West Bank. The murderer slit the throat of his wife Zboon from side to side in the Al-Madabese market in the center of Bethlehem before shoppers and passers-by. He slaughtered his wife like a pig while many children, women and elderly watched the scene in disbelief.

This is the second similar murder during the last ten days, after the killing of student Amal Al-Akhras on past July 22, 2012, who was slaughtered with a knife by her father after the Ramadan Iftar meal.

In the current case, the Palestinian police stated that the husband killed his wife because of “family problems” caused by leaving the children in a charity organization, more attempting to hide the truth behind the murder than to really explain this so-called “honor killing” which cost the life of yet another woman.

Ala Tamimi, chief prosecutor of Bethlehem said: “the 29-year-old woman was stabbed by her husband over a recent family dispute which led to their three children being placed into care”.

The father of the victim is a poor man, as are over 60% of Palestinians, who have been impoverished by the miserable PA, who steals everything, even the food from the mouths of the people. According to what has become known, the husband of this woman had been abusing her by beatings for several years, causing her injuries, forcing her to return to the house of her family and to live with her poor father. Her father refused to receive her children due to his poverty, and instead she was forced to place them in a social charity after her father had kicked them out. This was the shame which caused her crazy husband to murder her. The husband was supposed to divorce his wife at the court today, but he killed her instead of divorce.

The blood of this woman is on the hands of the PA, who are nothing but a thieving mafia, and the EU, which each year transfers hundreds of millions of Euros to Abbas and the many protégés of his mafia in Palestine and elsewhere. In the EU, the one person responsible for giving these criminals money is Catherine Ashton, who should be seen as fully responsible of this and many other similar murders of Palestinian women due to the misery caused by her abject and morally reprehensible policies and choices.

Girl Hanged On a Tree in Honor Killing [7]

Over 13 Honor Killings in Two Months in Palestine [9]

Victims of Incest and Abuse in Palestine [10] 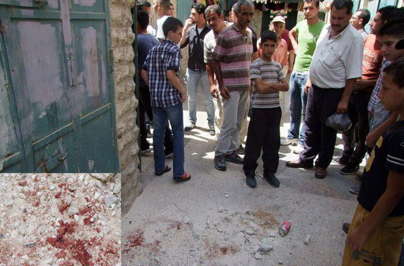 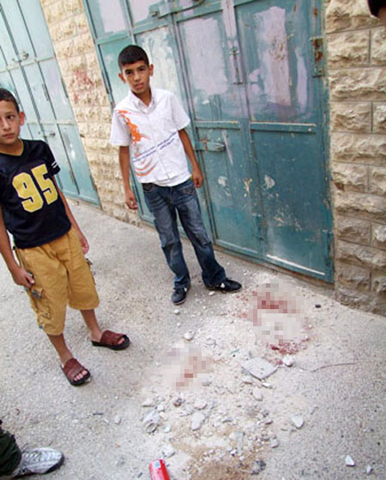 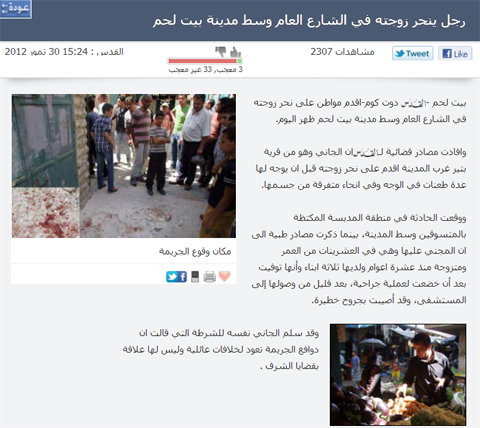