Vienna – Friday – June 1 2012 – Dozens of members of the Syrian opposition demonstrated today at Minoritenplatz “Minoriten Square” in front of the Austrian Ministry of Foreign Affairs demanding the departure of the Syrian ambassador and his diplomatic staff in Vienna, similar to what a number of western countries have already done, which expelled the ambassadors of Syria and its representatives in diplomatic missions in the wake of the massacre of Hula that led to the murder of dozens of Syrians and wounding hundreds.

The Syrian regime announced an investigation into the massacre of al-Hula, where over 105 civilians, among them many children were killed. Damascus has ruled out any involvement of its security forces in the Hula massacre claiming that “terrorists” were responsible and announced that a military and legal commission had been set up to investigate into the brutal attack.

A number of Austrian troops have participating for many years in a peace-keeping mission in the Syrian Golan Heights, which are occupied by Israel. The Austrian government takes into account the possible consequences before taking any measure or action against the Syrian regime. Austrian Foreign Minister Michael Spindelegger also explained yesterday in the commercial media that it is not possible to expel the Syrian Ambassador because the mission also represents the country before the UN in Vienna.

The Human Rights Council of the United Nations stated today Friday, June 1 2012, that there are signs that crimes against humanity have been committed by the forces of the Syrian regime, claiming that the situation became alarming after a year of violence. The Syrian representative to HRC accused several countries of playing cheap politics before leaving the meeting as a protest against the session. The Human Rights Council in Geneva will vote today on a resolution that strongly condemns the killing of civilians, especially the children, in the massacre of the Hula district in Syria. 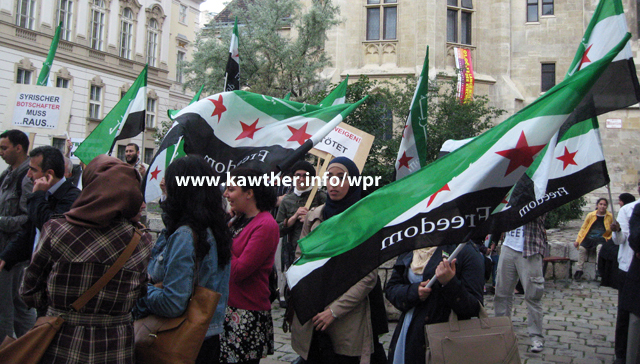