The assassination of Mohmoud al-Mabhouh in Dubai was not the first International crime which Mossad death squads committed by using the fake or stolen European passports. There is a long record full of assassinations which were carried out by the Israeli death squads in Europe and in many other countries. The latest crime, the assassination of Mohmoud al-Mabhouh in Dubai and the full details which the police of Dubai exposed, raises once again the question about the relationship between the European countries and Israel, especially those countries in which the Mossad has carried out crimes in the past. 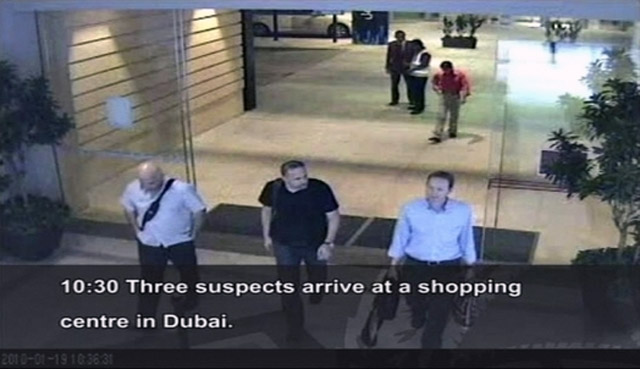 It is in the interest of European countries to explain to their people what is legitimate or illegitimate in their relationship with Israel. It is important that the EU clarifies to the people the reasons for the special exceptions which their countries grant to the zionist organization and the Israeli mossad death squads, exceptions which are contrary to written laws of all countries.

It is not reasonable that people wake up suddenly to learn that their documents and identities have been stolen in order to commit crimes of international terror in another State, and that the states of Austria, Britain, France, Germany and Ireland seem to be involved in the atrocity, judging by their muted reactions, which bely any interest in solving the crime. 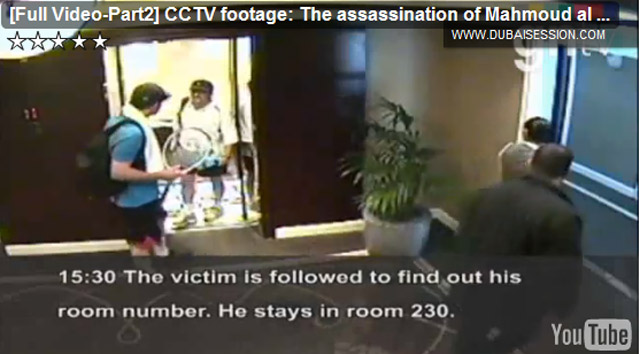 An important question which arises is: Why did the Israeli mossad chose Austria and not another EU country as a center in the management of its latest terrorist assassination carried in Dubai?

Was this mere coincidence, or are there “exceptions” accorded to the mossad, for example in a secret agreement or protocol signed between Austria and Israel?

Which are the reasons for the psychological comfort of the mossad death squad, which made him feel that Austria was a best place for coordinating their international terrorism crimes? 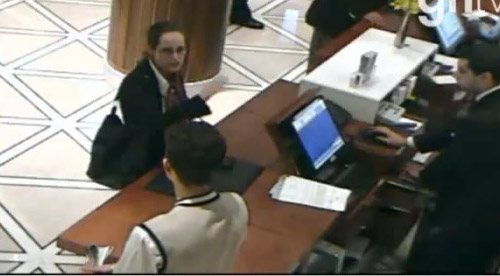 The Israeli mossad has long history of desecrating the laws of many European countries, where they have committed many assassinations using fake passports and sometimes real ones. About 350.000 Israelis hold double citizenship and have EU and Israeli passports at the same time. The zionists of Israel have received logistical support form all the European countries in which the mossad death squads have committed their crime, in the current case as well as in past cases. This support was very clear when one observes the security which the governments of the EU provided to the coordination team, covering up their crimes and allowing them to move freely in their territories. At the very least, it is very difficult to believe that the various intelligence agencies did not know what was going on in their respective territories, and it is also very difficult to believe that it was not possible until now to identify people involved when pictures and phone numbers of the murder team have been published.

Dr. al-Shikaki, who resided in Damascus, traveled to Malta in October 1995, on his

[4]way to Libia. The Israeli death squad followed him to Malta holding while using faked passports. They waited a long time for him at airport. The death squad members were moving freely around the airport of Malta, speaking on their mobile phones and asking about reasons for the delay of the flight. Al-Shikaki arrived at the Malta airport using a wig and a different name (“Ibrahim Shawish”). The mossad agents were not able to identify him easily. Finally one of them spotted him sitting alone. Al-Shikaki was sitting alone and waiting for his airplane to Libya. After one hour he left.

On October 26 1995, al-Shikaki returned to Malta where he had to stay one night. At 11:30 he went out for shopping. He entered Marks & Spencer and bought some things, got out and continued walking. The death squads were following him on motorcycle, and al-Shikaki did not realize it. The motorcycle approached al-Shikaki, the person behind the driver took a silenced pistol from his pocket and shot Shikaki three times in the head, they then left the stolen motorcycle and Malta. The cell which assassinated al-Shikaki was called “Kisaria”, and the general who issued the assassination was Yitshaq Rabin. The unit “Kisaria” was dismantled after their failure in Jordan on September 25 1997 to assassinate Khaled Mishal, the Hamas leader.