Please see the video at end of the article.

Feb. 2 2010 – Monday started with the news that the Israeli military has decided to reoccupy part of Ush Al-Ghrab in Beit Sahour after having left it in 2006 and Tuesday saw the army begin clearing land of Ush Ghrab.  Ush Ghrab is part public (Palestinian) land but a major part of it is private lands that was put off limit to their owners for nearly four decades and used as a center for the occupation forces in Bethlehem district.  From this military camp, nearly 300 Palestinian homes were partially or completely destroyed in 2002 and 2003. 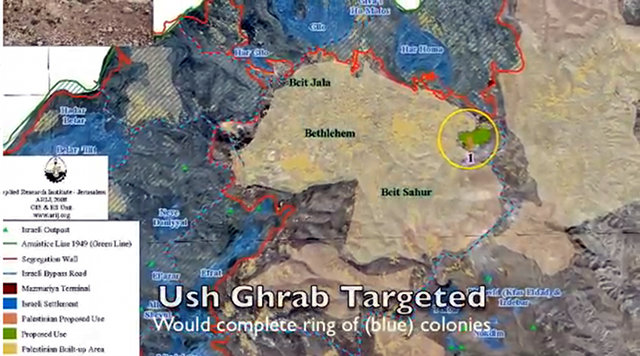 This camp was also where in 28 December 2000, Palestinians and Internationals walked into the military camp taking it over for a few hours (organized by the Palestinian Center for Rapprochement between People). The participants felt empowered and moved on to form the International Solidarity movement at PCR (becoming independent movement in 2001 and moving to Ramallah in 2004).

This symbolic place was vacated by the army in 2006 but the locals were prevented from using the site located in area C (60% of the West Bank is under this category of full Israeli control). Colonial settlers (funded by tax-deductible donations in the US) have been visiting the site since 2008 trying to establish a new colonial settlement.  If they succeed, that would mean the remaining canton/ghetto of Bethlehem would be surrounded on all sides by settlements.  Ten days ago, the settlers horde moved down the hill to the childrens’ park and vandalized it. 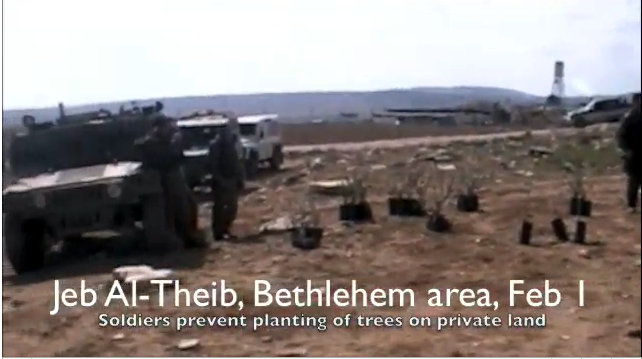 On Monday, we not only faced this news of planned Israeli military “reoccupation” of part of Beit Sahour, but we also joined an event at Jeb Al-Theib near Beit Sahour where settlers have already taken lots of lands from Arab Al-Zawahreh and regularly harass the remaining Palestinians. Settlers, soldiers, and police from the apartheid state surrounded us as we tried to plant trees. The media was ordered out first and then threats and intimidation started. The standoff lasted nearly four hours. One settler who had three viscious looking dogs and drives an SUV was there and was obviously on good terms with the soldiers. I tried to talk to the soldier in command. He was extremely racist.

He also told me that they will not let us start something here “like Um Salamuna.” Um Salamuna is a threatened Palestinian hill near a colonial settlement built on stolen Palestinian land. For the past few months, we had regular activities there of land reclamation and tree planting with help of Internationals and Palestinians from other areas (invited to help by the land-owners). Clearly, as they intensify their colonial activities (primarily land theft), Zionists are worried about the spreading popular resistance. But on Monday case unfortunately, we did not have enough people and the land owners were threatened and told to visit the officials Tuesday (in their headquarters at an illegal colonial settlement of Gush Etzion). 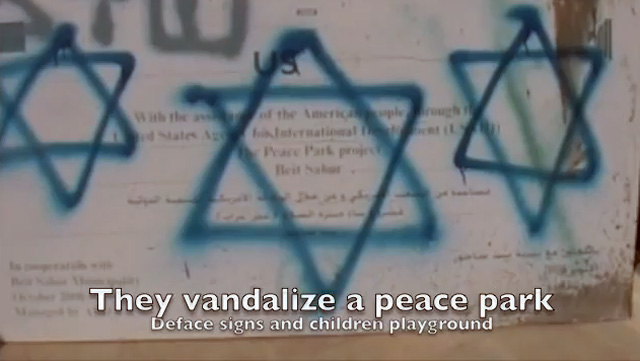 They felt it maybe worthwhile to do that to find a solution.  Since we always respect the wishes of the owners who invited us, we had to disperse.  The colonial settlers must be happy but the local Palestinians assured each other that they will resist (popular resistance).

So the next day (Tuesday) we head to the site with a lot of media and see the army already bulldozing land around the abandoned military base. We are told to leave but we hang around. We explain to journalists. We gather lots of data (including photos and video) to use later. The Municipality calls for a meeting in the afternoon and we form a popular committee to thwart plans for either a new colonial settlement or the revival of the Israeli military base in the middle of our town. 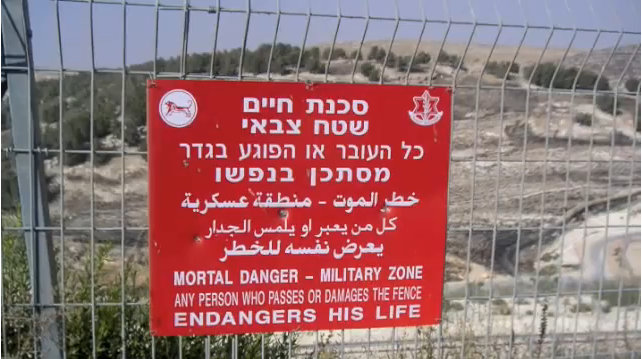 After that meeting, we hear a talk from Professor Nurit Peled-Elhanan about racism in Israeli school curricula. Berlesconi of Italy is coming to Bethlehem today and meeting with Abu-Mazen and a minister is coming to visit meet local leaders about Ush Ghrab….  There is so much to do here.

Please see the video below,