After Israel conceded to committing the crime of theft of human organs in a program
which was aired on Israeli TV Channel 2, will the Abu Kabir butchery, the so-called “Autopsy Institute of Forensic Medicine” in Israel, be now named a strategic base for the harvesting the human beings [1]?

How does the world look at the consequences of the organized Israeli organ theft practiced at Abu Kabir hospital? Which are the legal procedures that can be taken against the perpetrators, often IDF officers ? 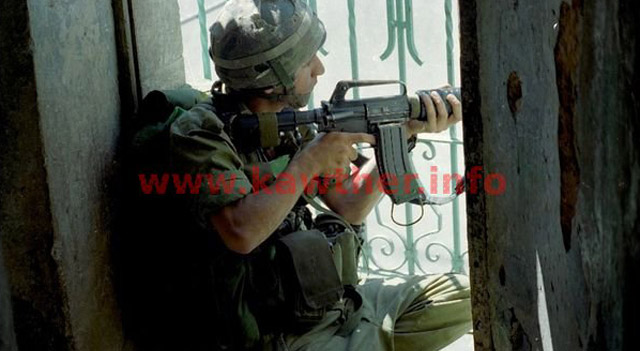 Did Israel send their organ mafia to serve as IDF officers in the West Bank so that they could select and hunt Palestinian victims who had traits (and organs) corresponding to specific criteria, like the color of her skin, eyes and …?

This would help to explain many seemingly random murders by the IDF, of children, of people going about their business, people who often had no role in resistance and who were not involved in political activity of any kind.

How many innocent Palestinian were murdered by the IDF organ mafia ? Were they executed for the theft of their organs, in order to make millions of gains for the IDF?

The answers to these questions will be more objective after reading the report translated from Arabic newspapers into English. The Arabic report includes excerpts of what was mentioned in the report of Channel 2 aired on December 19 2009 in Israel. 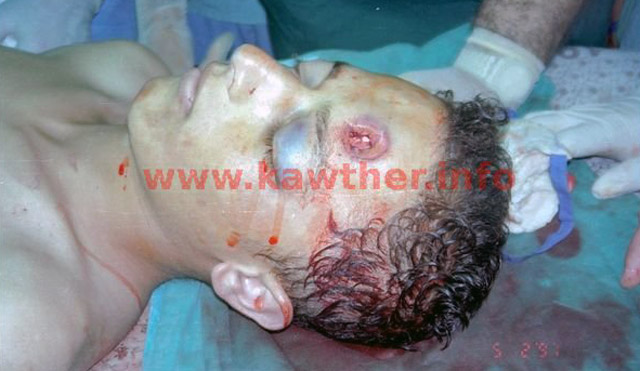 [3]
Sunday Dec 20 2009, Tel Aviv, The Israeli television Channel 2 reported that the organs of the dead Palestinians were stolen in hospitals. The TV report stated that many corneas and bones – long bones – and the skin from the back, were extracted from the bodies of Palestinians, without the consent of their families.

Despite the denials of the doctors who work in the autopsy institute stealing organs, the Israeli television showed a tape of length of 57 minutes which was filmed in the Institute by “Judea Hiss” (Yehuda Hiss), the director of Abu Kabir Institute, who served as an official medical autopsy and judiciary in Israel. Yehuda Hiss released the video which shows how doctors were extracting the organs of the dead, and what was happening in the dark rooms of the Institute of Autopsy.

According to what was seen in the film, since the early eighties until the end of 2000, while Hiss was in charge of the Institute of Forensic Medicine, everything was happening under the authority of Hiss, and signed under his name. The organs of Palestinians and other dead people were taken and implanted in the bodies of Jewish patients.

The video showed how Dr. Hiss did not hesitate to tell to the doctors

[4]working with him to “Take from the dead very quickly! Take corneas and implant them into the patients in need”. The video also showed how Dr. Hiss was himself extracting organs from cadavers.
Hiss was heard in the video saying: “We were taking the corneas without taking out the eyes, and then we covered the place of the cornea and closed the eye. We did that as  scientific research.”

According to the Law of autopsy in Israel, the extraction of organs from cadavers without the consent of the families of the dead is forbidden, but Dr. Yehuda Hiss was not taking the law into his consideration.

Hiss said in the film: “We gave these organs to the hospitals in Israel, particularly the Tel Hashomer Hospital in Tel Aviv. Because the doctors there were my friends, we did not take money in exchange for that, but the hospital gave us a microscope after 4 years. We also provided organs to the Hadassah Hospital in Jerusalem, who also gave us a video camera for the internal organs of the body in return for the organs which we gave to them.” 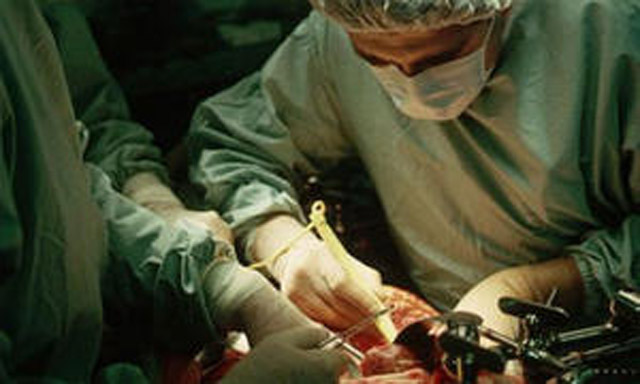 According to the Israeli television report, Abu Kabir doctors were doing that without the knowledge of the families of the deceased. According to the statement of a professor at the Institute “we were extracting the long bones of the dead, and sometimes we took parts of their heart.”

And to return to what was exposed in the TV film, the skin of the back was taken from the dead as well the cornea, as a treatment for wounded Israel soldiers.

According to Avi Itrg “We were taking the skin off the back of the deceased and this was not discovered by their families because they were not turning the body during the burial, and they did not know that we got the skin from the back of their dead relatives.” 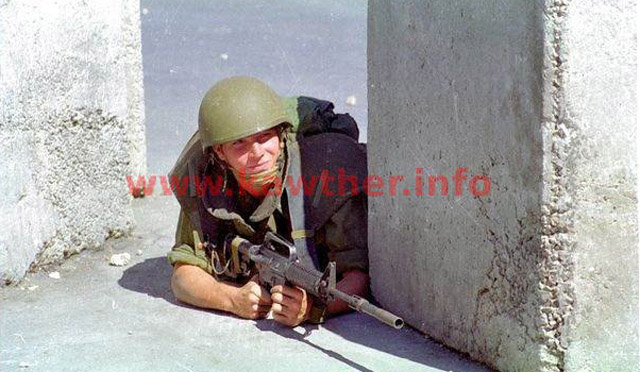 In 1986, Israel set up the skin bank. The bank suffered from a lack of the skin, but the Abu Kabir autopsy institute provided the bank with the skin for wounded Israeli soldiers and citizens who suffered burns.”

According to the video tape, Arieh Eldad, a squatter in Kfar Adumim, who is a medical doctor specializing in plastic surgery and was the chief medical officer of the IDF from 1997-2000, and who is a member of the Knesset for the National Union, said “We had orders not to take the consent of the families while taking the organs of the dead”.

Arieh Eldad was born in Tel Aviv in 1950, His father, Israel Eldad was one

[7]of the leaders of the underground group in Lohamei Herut Yisrael or Lehi. He is a squatter in the West Bank settlement of Kfar Adumim. From 1997-2000 Eldad served as chief medical officer in the IDF with a rank of brigadier general. From 2000-2003, after leaving active military service, Eldad served as director of the plastic surgery unit at the Hadassah Ein-Kerem Hosptial in Jerusalem

The Israeli television stated that the complaints started in the nineties by members of the families whose deceased relatives organs were stolen. Dr. Hiss, who denied that the organ theft had happened, did not know before denying that the video, which he recorded while stealing the organs, would find its way to the press.

Yehuda Hiss said that the Israeli army was sending them an expert in cosmetic plastic surgery (he meant by indirect way Dr. Arieh Eldad), and they were allowing them to be interns at the Abu Kabir autopsy institute. “These doctors were grabbing the skin from the dead for transplants into the bodies of wounded soldiers.”

A father of an Israeli officers who was killed, said during the Israeli television report that he was surprised when he opened the coffin of his son, and he saw how the doctors played with the body his son: they cut his neck, and pulled his eyes, even though he warned them not to touch the body of his son. 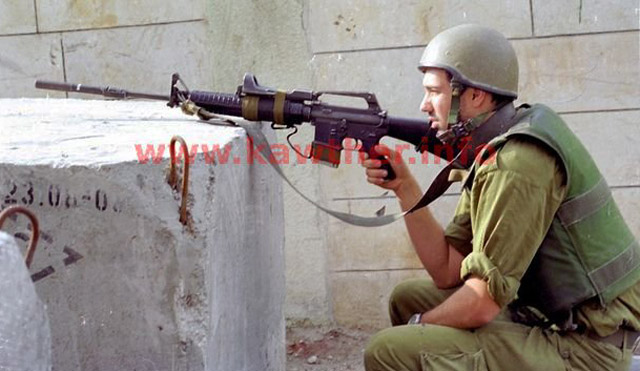 An expert from the University of Brooklyn said: “I heard about the subject of stealing the organs, and when I checked I found that Israel removed organs from Palestinians, and implanted them into the bodies of Israeli soldiers”. She strongly condemned the theft of the Palestinians organs, and she wondered how somebody can grab the organs from the body of the enemy and implant them into the bodies of his own soldiers, without the knowledge of their families. This is immoral behavior.”

For its part, the Israeli health ministry responded to the film which the Israeli TV showed by saying: “All what happened was in accordance with the law”.

The criminal IDF spokesman refused to give a comment on the film , and he asked to change the debate on the subject.

The Israeli hospitals have commented on the issue by saying “this topic is an old one and there is no reason to talk about it now again”.

Dr. Ahmed Al-Tibi, deputy of Knesset chairman, head of Arab Bloc for change, confirmed that the Abu Kabir institute grabbed skin patches and corneas from the

[9]bodies of Palestinians for Israeli soldiers in the 1990 years, and pointed out that the second channel of Israeli television presented a report and audio recordings of the director of the Forensics Institute at Abu Kabir with the facts which had not been published in the past.

These facts confirm that organs from all the bodies which were brought to the Institute in the nineties were stolen without the consent of the family, whether they belonged to a Jew or to a Palestinian. Al-Tibi added that skin patches were taken into the skin bank of the hospital and transferred to the soldiers who were subjected to injuries or burns, and also that corneas also taken from the eyes of the deceased.

The responsible for the theft project is the former IDF officer Arieh Eldad, who is today a member of the Israeli Knesset.

British professor Nancy Schaefer Dios, who met the director of Abu Kabir 10 years ago and recorded a talk with him about these facts, said: “It is true that corneas and skin were taken from the bodies of Palestinians and Israelis, but taking the skin from the Palestinian bodies to transfer it to the enemy soldiers, this is moral decline”.

She added: “you can take skin from the Israelis to Israelis, but with the consent of the family, but how is taking organs from Palestinians for the benefit of Israeli soldiers understandable?“