On Friday, Nov, 27 2009, on occasion of the celebration of “Jerusalem Capital of Arab Culture” in the “Haus der Begegnung” in Vienna, a great cultural and folklore evening was held under the auspices of Dr. Suleiman J. Al-Herbish, Director-General of the OPEC Fund for International Development (OFID [3]), Fritz Edlinger, Secretary General Society for Austro-Arab Relation, “SAAR [4]“, Dr. Zuheir Al-Wazir, Palestinian Ambassador, and the Palestinian Forum. 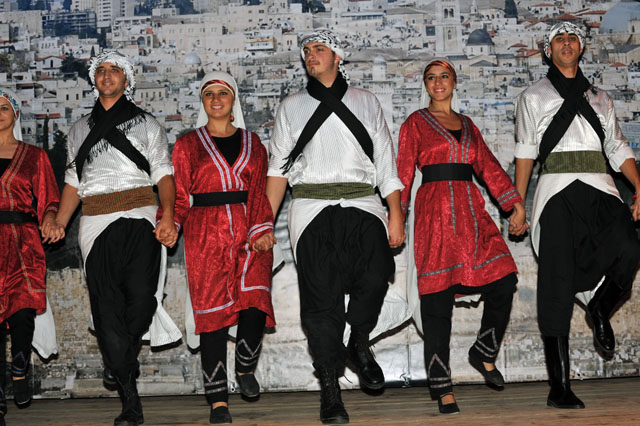 Director Al-Herbish financed the event as a sign of the the support of his organization and of him personally for the rights of Palestinians, and also as a show of support for Jerusalem as Capital of Arab Culture. This was the second great event which financed by OFID this year. On 30 June 2009, and with coordination with SAAR, OFID financed a concert evening with Marcel Khalife in the courtyard (Arkadenhof) of the municipality in Vienna.

[6]Since his childhood, Director Al-Herbish has felt love for Palestine. This feeling grew up with him and turned into unlimited support for the Palestinians. This was clear in his speech, delivered at the opening of the event, which was attended by Arab ambassadors, many doctors, representatives of institutions of civic life, intellectuals, politicians and many Austrian people who are interested in folklore and who are also pro-Palestinians. “click on the pictures to make them bigger”.

Among the attendance was Ambassador Dr. Michail Wehbe for the Arab League, the ambassadors of Morocco and Saudi Arabia, Omar Al-Rawi of the Vienna City Parliament, Dr. Tammam Kelani, President of Austro-Arab Union of doctors and pharmacists, Dipl.Ing. Mouddar Khouja, Secretary General of the Austro Arab Chamber of Commerce, Mustafa Abbas, president of the Arab Culture Union, Mustafa Abed Al-Hadi and Engineer Said Khadra, Palestinian Forum, and many others. 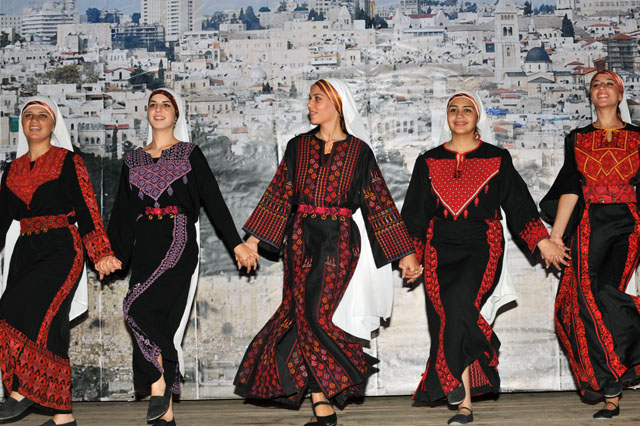 The Al Quds Group for Palestinian Culture came from Jordan to revive the Palestinian traditions with their dances and songs.

[8]supporting the event. When I hear Mr. Edlinger speaking about Palestine, I have the impression that he works hard to bring the Palestinian issue to the Austrian political public, a work which is not easy and has few rewards. And also, my sad impression is that the representatives of the many other Arab communities in Vienna do more for the Palestinians that those who present themselves as the “leaders” of our small community here. My gratitude goes all these friends of Palestine, and sometimes I regret hard words I said when I saw errors.

Dr. Michail Wehbe stated in his speech that the celebration of “Jerusalem Capital of

[9]Arab Culture” is a commitment to humanity and civilization and national rights for us, until the end of the occupation and the establishment of a Palestinian state. He said: “The practices of the Israeli occupation, the military siege and the continuous building of wild colonies will never erase Jerusalem from the memory of the Palestinians and the Arabs. Jerusalem stood as an obstacle through history in the face of colonialism, occupation, and invaders. It will remain with the struggle of Palestinians, the support the Arab nation, the lovers of peace and justice in the world as a Palestinian city and a capital of a Palestinian State.” 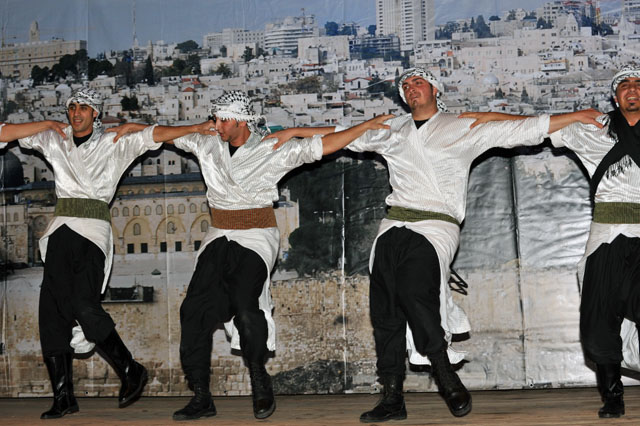 Dr. Wehbe condemned the continued judaization of Jerusalem, the demolition the Palestinian houses, the deportation of its citizens from their own homes and towns, and the imposition of taxes on Palestinian shops in order empty the city of Palestinian population, and the eradication its Islamic and Christian nature. He concluded his speech calling the Palestinians to unite in order to confront the Israeli occupation and its intransigence.

[11]It is worth mentioning the Palestinian Ambassador gave a speech in which he stressed that Jerusalem will remain the capital of a Palestine and a Palestinian State with Arab culture.

The Jerusalem folklore and culture group presented a rich cultural shows and which admired and applauded warmly by everybody. The group concluded the evening with a show of dances and singing the Palestinian national anthem, which was repeated and sang and applauded by all the audience, who stood in respect of and to honor the Palestinian resistance. 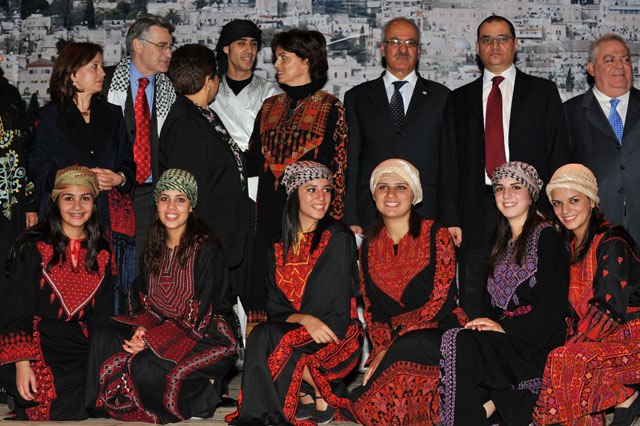