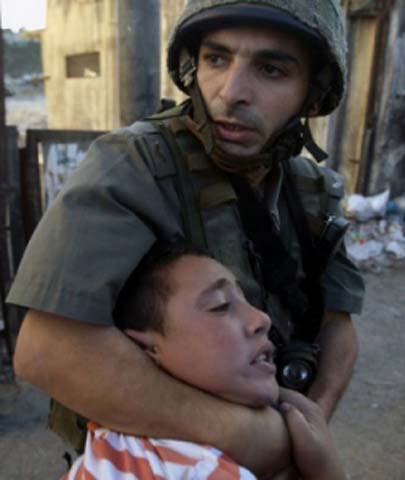 Child of about 8 years age beaten by an israeli soldier in Jerusalem (Pic Credit: Al-Ayyam/Reuters)

But these pictures also say everything about Abbas and his Judenrat [2]: while these children were being beaten up by fully armed soldier in Jerusalem, the poltroons, backstabbers and brown-nosers of the PA were most probably “negotiating” with their israeli friends about the height of their next salary, misusing money which should have gone to other purposes, in houses of joy in Herzliya, instead of protecting these children. 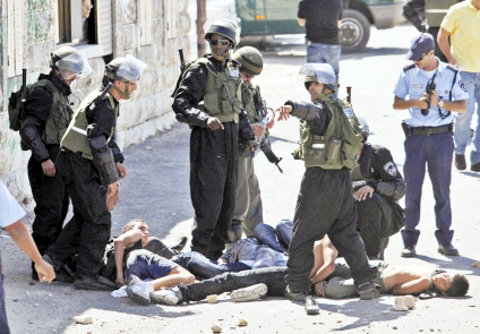 No wonder that the PA did not give money to support the 450 people who have had their houses ordered demolished since some months ago, what even caused the minister for Jerusalem Affairs resign in protest. What could these useless traitors do, who are not even willing to protect Palestinian children from the israeli cowards?

The children in these pictures, from today, have probably already been beaten up and raped in israeli jails, a usual practice during the jewish religious holidays, during which these things always happen much more often than during other days.

Please spread these pictures widely to anybody who still supports Israel in any way or form. Tell them that they are criminals supporting child beaters.