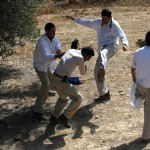 [1]provoke me, calling my friends? What do you want from a Journalist you have already kicked out of her country, you criminal terrorists? Are all the journalists you murdered in Palestine not enough, so that you now expand your terrorism into Europe? It would be easier if you kept these criminals at home instead of sending them to this quiet country, where decency exists and the law is respected.

Your fumblers call my colleagues in Palestine and my friends in Austria in the deep of the night, like bats, giving false names or none at all, hiding their phone numbers, asking stupid questions and telling inane lies to get answers. In Palestine your thugs pressure my colleagues with typical mafia methods: by denying work permits, ransacking their property or arresting and murdering them or their family members when they don’t “cooperate”. Here in Austria, you send people who think that they can get any kind of results by using the same criminal methods. 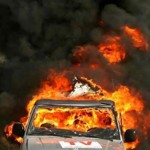 [2]What did your super-agent “Diego”, the one who called my friend here in Austria,
expect?

Did this character think that identifying himself as “a jew” would make anybody tremble in awe? “Diego the super-agent” was scared to leave his phone number and his name. My friend told me that “Diego” came across as a petulant nincompoop who grew more angry the more it became clear to him that he was going nowhere with his bald lies, bad manners and arrogance.

All what you are doing, in Palestine or here, are crimes, and all what you are getting are lies and people who laugh about you behind your back. Of course your intimidation tactics get my 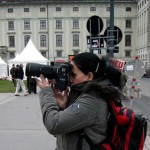 [3]acquaintances in Palestine to call me and ask questions on your behalf, but together we tell you lies and laugh about your stupidity behind your back. Is that what you like, you pitiful people?

You kicked me out of my homeland Hebron because the moral degenerates and terrorists from Kach and Jewish Underground, those who squat in the heart of my homeland Hebron don’t like my work as a journalist, and as a result I live in Austria as a refugee. I continue writing the truth, and what I write does not meet the taste of you criminals. So you send me death threats, try to hack my website several times, and since all of that does not make me shut up, you now send a team to intimidate, to harass me, and possibly to murder me. What results do you expect to get from committing such crimes?

In my homeland Palestine you called and threatened me constantly, you 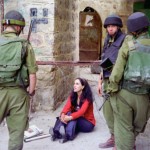 [4]harassed me physically, psychologically, and sexually. You denied me the basic right to practice my work as a journalist. You stole my home, my ID, my work, my family, my friends; just like what you did to uncountable other Palestinians. Your crimes against me were so numerous and your threats came so often that I stopped fearing you, because all of your crimes against me blurred into one big picture of ridiculous insanity.

I still wonder why you are calling my friends in Palestine and Europe to ask about me. Why do you send your murderers to Austria to walk behind me? What dirty mission are your criminals planning here? Do you really think that you will get anything favorable at all by sending people to commit acts of state sponsored terrorism in a country where the law is respected? Do you really think that transferring your methods of state terrorism to Austria will bring you advantages? Do you think that murdering one of 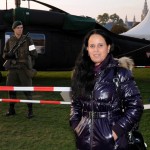 [5]your victims, a journalist in good standing, will help make Israel look better? I think not. The image of Israel is already as bad as can be in many parts of the world, your so-called “state” is seen by increasingly more people as a bad joke and a disgrace to humanity. Sponsoring acts of international terrorism in a state of law will be a disaster for your failed “state” in every sense. One thing is clear: the incompetent people who you sent have been caught, but not captured, and Israel will be guilty for whatever happens to me from now. If the leaves of autumn fall on my head, Israel will be guilty.

Do yourself a favor and stop sending these cowards. For now your “super agents” have been exposed as laughing stock, but what will happen if next time around one of them is caught? It was enough to shout to have your “super-agents” run away like rabbits. I felt victorious to see you like that because that was your real face: coward, criminally insane petty thieves.

Read: The Israeli Soldier Who Wants to Meet me [6]

Solidarity Statement by Association of Journalists [8]

Solidarity Statement from the INJC Women in Barcelona [9]